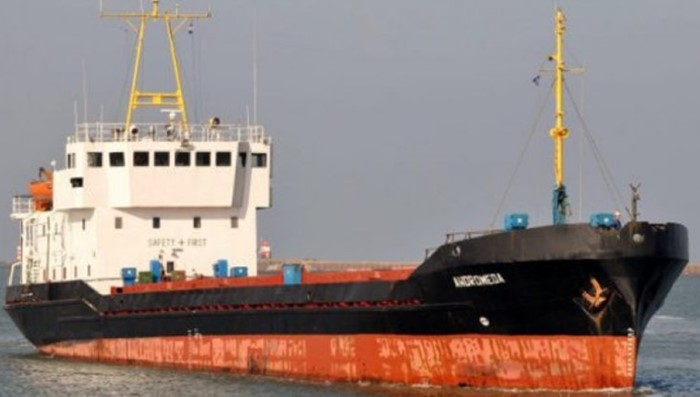 Eastern Libya-based forces have intercepted a Jamaican-flagged Turkish ship heading to the port of Misrata in western Libya, their spokesman said on Monday, a possible new flashpoint in the conflict after weeks of truce, Reuters reported.

Turkey is the main foreign backer of the internationally recognized Government of National Accord (GNA) in the west, which has for years been fighting the eastern-based Libyan National Army (LNA).

LNA spokesman Ahmed al-Mismari added that the commercial cargo ship, the Mabrouka, had a crew of 17, including nine Turkish nationals, and containers that had not yet been inspected. LNA naval forces stopped it near the eastern port of Derna, he said.

A Turkish source who requested anonymity said the ship was carrying medicine and other medical products from Egypt to Libya and that it was expected to be released soon.

“Patients who urgently need the medicines and blood products on that ship are waiting in Libya. It is clear that there are no weapons or anything else,” the person said. “Such seizures are not right.”

The person added the LNA may have been emboldened by the European Union’s Operation Irini, a military mission enforcing a UN arms embargo on Libya that irked Ankara when it searched a Turkish vessel last month.

The GNA and LNA signed a ceasefire deal in October, and the United Nations has been pushing a political dialogue aimed at elections next year as a solution to Libya’s long-running conflict.

But both sides have stopped short of withdrawing forces from the front line as demanded by the truce, while an incident in southern Libya on Sunday, when LNA forces seized a military camp, has further tested the agreement.

Earlier on Monday Mismari accused Turkey of continuing to supply arms and fighters to the GNA. The LNA is backed by Russia, the United Arab Emirates and Egypt.

A panel of UN experts has cited the foreign supporters of both sides as violating the arms embargo on Libya.