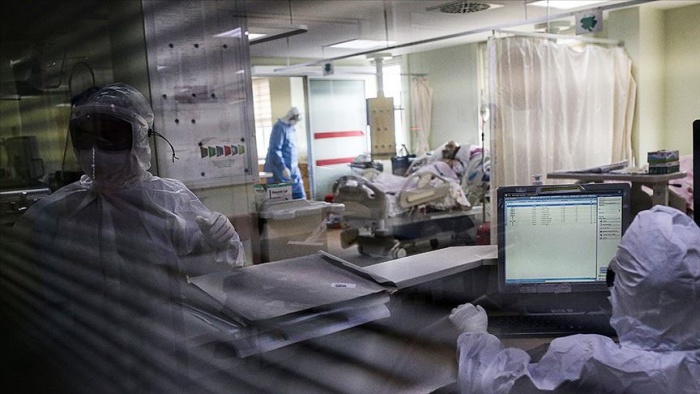 An opposition deputy has claimed that 28,000 coronavirus patients who were treated at Ankara City Hospital were given an experimental treatment that is approved by neither the World Health Organization (WHO) nor the US Food and Drug Administration (FDA), the Birgün daily reported on Tuesday.

“The treatment involves hydroxychloroquine and colchicine, whose efficacy and side effects are not scientifically proven,” Murat Emir, an Ankara deputy from the main opposition Republican People’s Party (CHP), said in a parliamentary question directed to Health Minister Fahrettin Koca.

“Although the WHO discontinued hydroxychloroquine treatment for COVID-19 and the FDA revoked its emergency use authorization [EUA] of the drug due to its side effects months ago, it is continuously being used [in Turkey’s hospitals]. The use of hydroxychloroquine without the necessary assessment of its side effects may lead to complications related to heart disease,” Emir added.

The deputy further claimed that during online meetings with managers of other hospitals, the administrators of Ankara City Hospital promoted the use of hydroxychloroquine, saying they successfully treated 28,000 COVID-19 patients with it.

“Did you seek the Scientific Advisory Board members’ opinions on the treatment? Did you obtain ethics committee approval and obtain the consent of the COVID-19 patients before using hydroxychloroquine and colchicine on them? Are you conducting experiments on patients in Turkey? Did you evaluate the characteristics of the patient group in question?” were some of the MP’s questions.

Emir further asked how many COVID-19 patients had received hydroxychloroquine and colchicine treatment and how many of them died of cardiac arrest after the treatment as well as whether the ministry had obtained the statistical data on the complications and deaths in the early and late stages of treatment.

“Why are the doctors in Turkey being pressured into using hydroxychloroquine despite the lack of approval by the WHO and the FDA? Why don’t they use Remdesivir, the only drug that has FDA approval, instead? Did you have difficulties procuring Remdevisir?” he also asked.

Turkey is experiencing a surge in coronavirus infections as the health ministry reported 32,137 new cases and 203 deaths on Dec. 7. The country’s coronavirus death toll since March has reached 15,103.