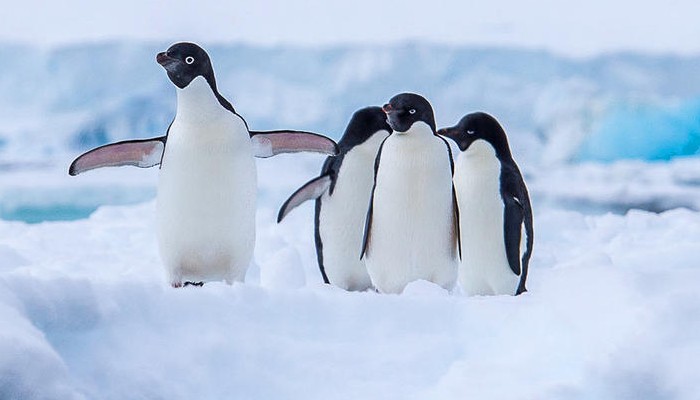 The abrupt resignation of the finance minister of a country who is also the son-in-law of that nation’s president would be breaking news in a country where there is the slightest amount of freedom of the press; however, this wasn’t the case in Turkey when Finance Minister Berat Albayrak announced his resignation in an Instagram post on Sunday.

Only a few news outlets reported the development while the others, which were formerly known as the mainstream media, ignored the minister’s resignation and failed to write or broadcast a word about it, as many said they were busy with “penguins.”

The silence of the Turkish media in the wake of the minister’s resignation reminded many of a nature show on penguins aired by a leading TV station in Turkey when clashes broke out between anti-government protestors and the police in İstanbul in the summer of 2013. Instead of airing the protests, which erupted over government plans to demolish a park in İstanbul’s central Taksim neighborhood and spread across the country, leading TV stations aired programs on irrelevant topics including a show on penguins.

Since then, penguins have become the symbol of the media blackout in the country and have been used as a term to describe the self-censorship practiced by media outlets in the event of a political development in the country that is likely to unsettle the Justice and Development Party (AKP) government.

İlhan Taşçı, a member of the Radio and Television Supreme Council (RTÜK) television watchdog from the Republican People’s Party (CHP), tweeted on Monday that out of the 1,780 radio and TV stations in the country, only five of them reported on Albayrak’s resignation.

“This is the picture of the end of the journalism. What a shame,” he tweeted.

Major pro-government newspapers such as Sabah, Hürriyet, Milliyet and others also gave no coverage to the resignation of the finance minister in their Monday editions although the resignation had extensive coverage in the leading international newspapers and TV stations.

Erol Önderoğlu, the Turkey representative for Reporter without Borders (RSF), said in a Twitter message on Sunday that the failure of so many media organizations, owned by big capital groups, to report the resignation of a minister, who is also the son-in-law of the country’s president, “is very shameful in terms of their obligation to inform the public and a betrayal to the profession [of journalism].

One of the leading jailers of journalists in the world, Turkey was ranked 154th out of 180 countries in the 2020 World Press Freedom Index published by Reporters Without Borders (RSF). The Turkish government is heavily criticized for jailing critical journalists and closing down hundreds of critical media outlets in the country in the aftermath of a coup attempt in July 2016 and creating a media, which is under its absolute control.