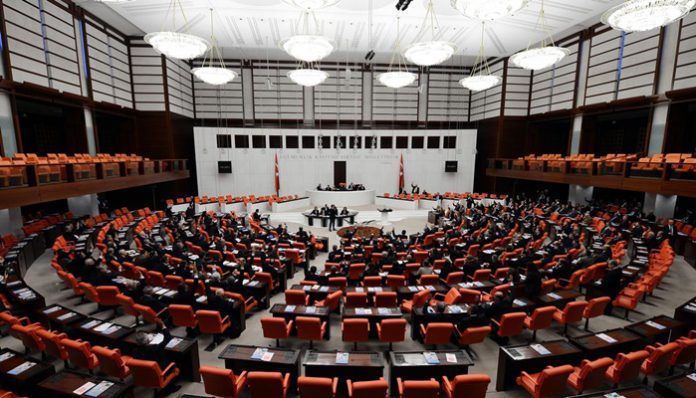 Turkey’s ruling Justice and Development Party (AKP) and its ally the Nationalist Movement Party (MHP) are seemingly uninterested in snap elections proposed by opposition parties but have created separate commissions to work on a list of changes related to elections.

The AKP and MHP commissions have reportedly been working on changes to the law on political parties and electoral law, parliament’s bylaws and parliamentary immunity.

The topics had again been proposed in May by MHP leader Devlet Bahçeli, whose proposals have for the most part been embraced by the AKP in recent years since the two rival parties became allies.

After the AKP and MHP commissions complete their separate studies on changes to the laws, a single proposal is expected to emerge for submission to parliament.

According to analysts, one of the AKP-MHP proposals concerns lowering the 10 percent electoral threshold to 7 percent due to fears sparked by opinion polls that the MHP could fail to win enough seats in parliament in the event of an early election.

According to polls, both parties are currently losing ground amid ongoing economic and international relations crises. The AKP-MHP commission move was therefore interpreted as an attempt to lay the groundwork to maintain a parliamentary majority after a possible election.

On the other hand, opposition parties including the Republican People’s Party (CHP), the nationalist Good Party (IYI) and the pro-Kurdish Peoples’ Democratic Party (HDP) have repeatedly called for elections to be moved up in order to capitalize on their momentum.

Bahceli, however, responded that the debate over a snap election was a “waste of time” and said the MHP’s candidate for the presidency in 2023 was the AKP’s current president, Recep Tayyip Erdogan. Erdoğan also said the elections would be held in 2023 as planned.

Bekir Ağırdır, head of Turkey’s leading pollster KONDA, told the Sözcü newspaper on Sunday that the elections would most probably be held before their scheduled date in 2023.

Ağırdır said the AKP had full control over all state mechanisms, while the opposition parties were far from successfully urging the AKP to change its timeline. Based on these two factors, a snap election may not come to pass, Ağırdır said.

However, a third factor, which is the ability to run daily life in the street, cannot be satisfied by the AKP, a situation that might lead to early elections in 2022, according to Ağırdır.

“[Political and economic] discussions will be very harsh in 2021. When we get to 2022, there may be an early election. I don’t think the 2023 elections will be held as scheduled [but will be held earlier],” Ağırdır said in reference to the increasing economic and foreign policy crisis, along with the COVID-19 pandemic.