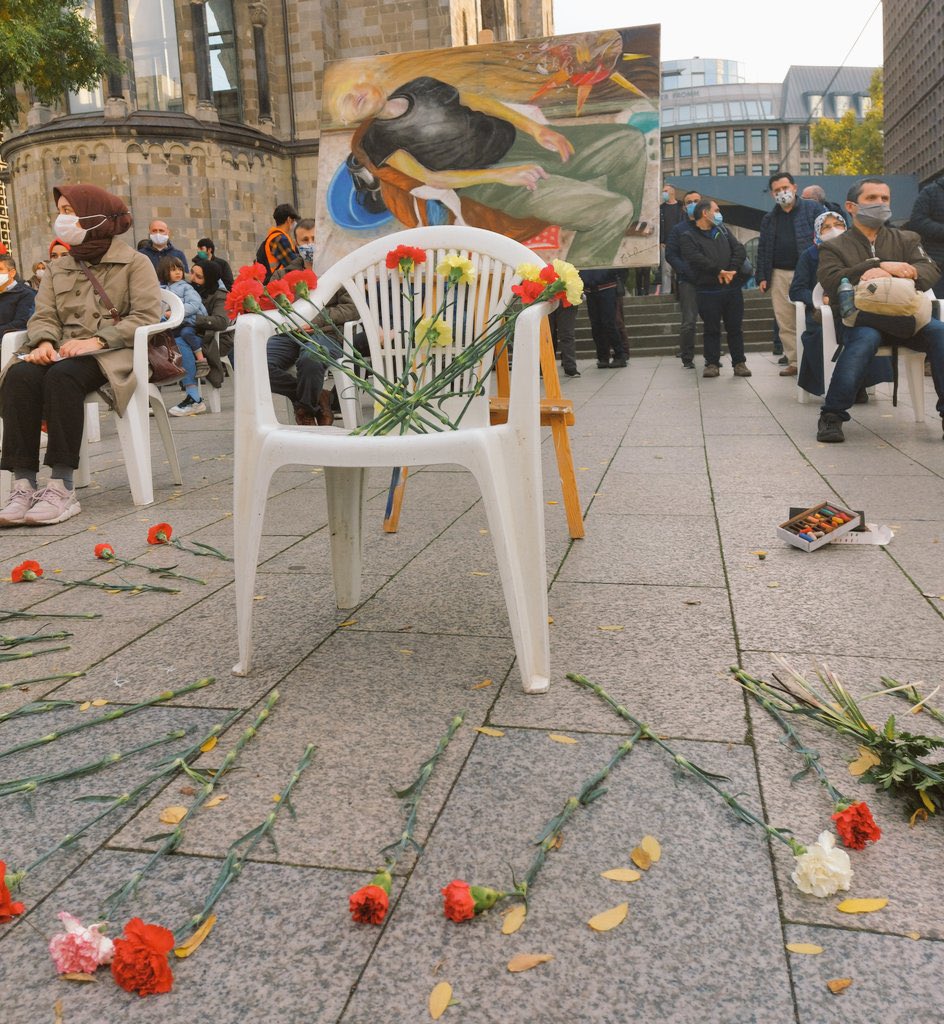 Activists in European capitals over the weekend protested the Turkish government’s ongoing crackdown on dissident groups at gatherings coordinated by the European Justice Initiative, an umbrella organization for Turkish purge victims living in Europe.

The protests came after postmortem photos of Mustafa Kabakçıoğlu, whose lifeless body was seen in a white plastic chair in a quarantine cell in the prison where he had been kept for four years, sparked outrage among dissident groups, which thought the photos were emblematic of the plight of political prisoners in the country.

Rights groups in more than a dozen cities, including Paris, Berlin, Geneva, Malmö, Amsterdam, Stuttgart, and Bielefeld showed up with white plastic chairs to protest the ongoing crackdown in the country.

“Today, we are saying ‘no’ to these violations, to [President Recep Tayyip] Erdogan’s dictatorship. We say ‘no’ to people being thrown into prison on trumped-up charges and killed without [receiving medical treatment] in prison. We say ‘no’ to children growing up in prisons. We say ‘no’ to the imprisonment of Osman Kavala, Selahattin Demirtaş, Ahmet Altan, Müyesser Yıldız, Ali Ünal and hundreds of other journalists and writers in jail,” a statement by the initiative said.

Kabakçıoğlu was a former deputy police chief who was removed from his job and arrested due to alleged links to the faith-based Gülen movement.

President Recep Tayyip Erdoğan and his Justice and Development Party (AKP) government accused Muslim cleric Fethullah Gülen and members of the movement inspired by him of orchestrating a failed coup in 2016 and embarked on a crackdown on the movement that saw the removal of more than 130,000 civil servants from their jobs and the imprisonment of some 80,000 people over links to the movement.

Gülen and members of his faith-based movement, who refer to themselves as Hizmet (service in Turkish), strongly deny any role in the abortive putsch.