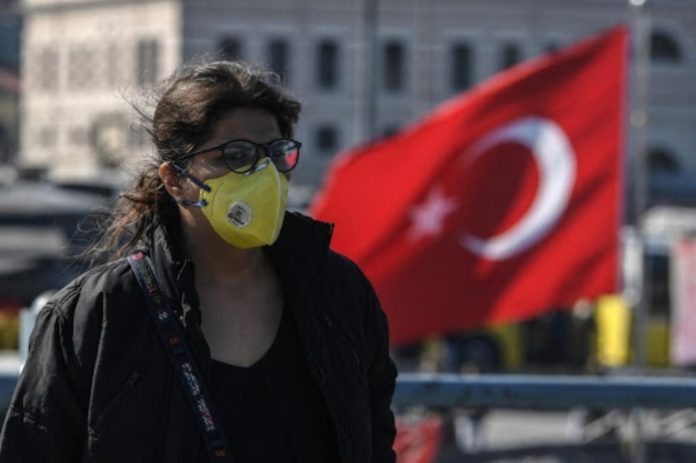 Turkish Health Minister Fahrettin Koca has warned of a dangerous rise in the number of COVID-19 cases in Turkey with the Anatolian heartland witnessing a second peak, urging people to stay at home as much as possible.

“We witnessed the first coronavirus peak in the Anatolian region in September. We are now witnessing a second one. This is a much bigger test for us. The risk [of COVID-19] has increased within the last few days,” Koca said during a news conference following a meeting with local officials on Friday.

Stating that imposing a curfew is not currently on the government agenda, the minister also urged people to minimize the time they spend outside to prevent virus spread, warning that “winter will be a period of defeat for all of us with the effect of indoor environments” if people neglect protective measures.

“We have acquired 1,350,000 influenza vaccines and are currently working on ordering 3 million or more for the 2021 flu season,” Koca told reporters, adding that the common belief that everybody needs to be vaccinated is not true.

The government’s science committee recommended that people with chronic illnesses and those over 65, which total around 25 million people, be vaccinated.

Due to a scarcity of vaccines in Turkey, the health ministry created a scoring system for people to be vaccinated.

“[The system said] he was not in the priority risk group. Then I wonder who is in the risk group,” Professor Bengi Başer said in a tweet referring to the 77-year-old.

On September 30 Koca made a bombshell revelation, saying that the Turkish government does not add the number of people infected with the coronavirus who are asymptomatic to the final statistics, drawing backlash from the Turkish public.

Turkish media outlets, which have been reporting the patient figures on daily coronavirus charts posted by Koca as the number of confirmed cases per day, were stunned by the revelation.

The minister’s admission followed the emergence of official documents showing case numbers 20 times higher than what was being announced to the public.

Murat Emir, a lawmaker from the main opposition Republican People’s Party (CHP) who released the official documents obtained from the Health Ministry’s Laboratories Information Management System, said during a press conference at the Turkish Parliament on October 1 that the minister had confirmed his allegations of covering up COVID-19 figures.