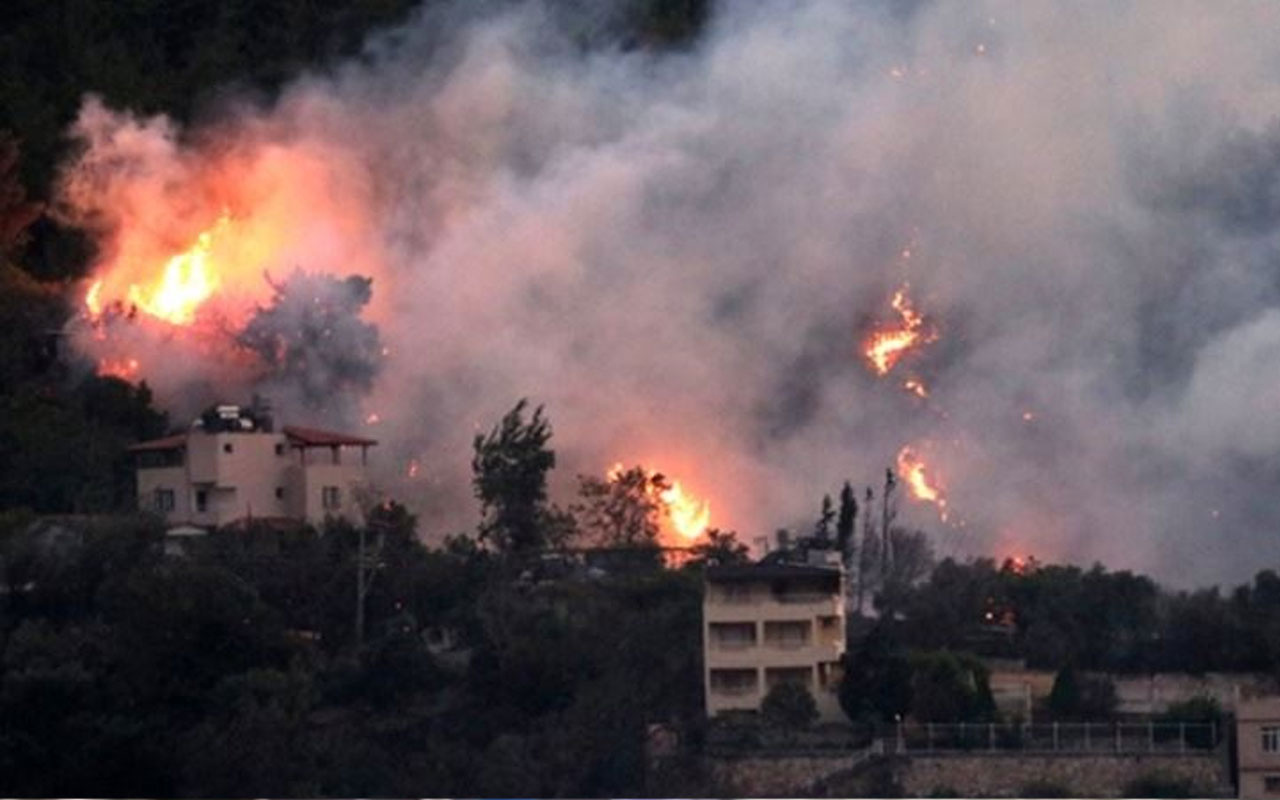 A forest fire broke out on Friday in Hatay’s Belen district that later spread to the districts of Arsuz and İskenderun as well as residential areas due to strong winds.

Agriculture and Forestry Minister Bekir Pakdemirli announced on Saturday that the fires have been brought under control, with 11 houses, seven apartment buildings, 14 places of business, eight factories, three warehouses and 35 beehives damaged in the blaze.

On Saturday three new wildfires were reported in Kahramanmaraş, Osmaniye and Trabzon provinces.

The forest fires have given rise to a debate on whether they were the result of arson.

According to the minister, four suspects were taken into custody as part of an investigation launched into the possibility of arson. Two of the detainees were reportedly released.

In the early hours of Friday the Hatay Governor’s Office said the fire was caused by an explosion in a power transmission unit. However later, the ruling Justice and Development Party (AKP) accused the “Children of Fire Initiative,” a group close to the Kurdistan Workers’ Party (PKK), of setting the fire. The PKK, which is labeled as a terrorist organization by the Turkish state, has waged has a separatist insurgency since 1984.

Opposition and environmental groups, however, implied that the AKP had a hand in the fire in reference to the construction of mines in forested area.

Turkey’s pro-Kurdish Peoples’ Democratic Party (HDP) released a statement on Sunday saying they had not forgotten the construction of hotels and mines in areas that were first devastated by fires. The HDP blamed the AKP because of its profit-seeking approach.

The BirGün newspaper published a document on Saturday showing construction plans for a chromium mine in a field destroyed by the latest fire. The official document sent by the Hatay’s Governor’s Office to the Ministry of Environment and Urbanization allegedly said an environmental impact assessment (ÇED) meeting for construction of a chromium mine was scheduled for on October 12.

The Hatay district office of Turkey’s Labor Party (EMEP) released a public statement calling on the AKP to explain whether the burned areas were included in the mining permit.

“Hatay is not burning, but is being burnt [by the AKP],” Ali Öztunç vice-chair of the main opposition Republican People’s Party (CHP), said after paying a visit to the area. Öztunç referred to two recent fires in a month in Hatay province.

On August 24 Turkey’s Mining and Petroleum Works Directorate (MAPEG) called for tenders for 766 mining sites all over the country, with nine of them allegedly in Hatay.

In protest of the tenders, locals in Hatay staged a rally on September 27 and carried banners saying “Do not [dare] touch Arsuz,” the recently burned area. Nermin Yıldırım Kara, chairwoman of the İskenderun Environmental Protection Association, said at the time that they did not even know where those nine mining sites included in the tender were located.

“Mining in Belen [another burnt area] will kill the forests. Mining in Arsuz will destroy farmlands,” Kara told reporters.

Following the tenders, the Arsuz Municipality also claimed that the tenders had not provided any detail on whether the areas were currently pastures, woodlands, water sources or protected natural or archaeological sites, the Duvar English website reported on August 27.