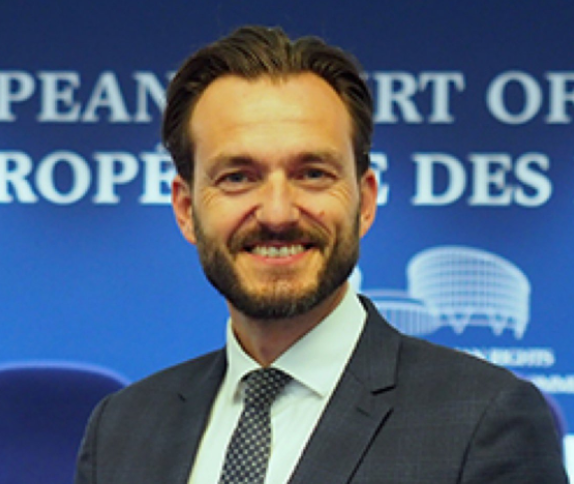 The Turkish-based Human Rights Association (İHD) and several rights advocates have called on the European Court of Human Rights (ECtHR) president to vocally criticize Ankara’s clampdown on fundamental rights during his visit to Turkey scheduled for Thursday.

Róbert Ragnar Spanó, the Strasbourg court’s president, will be in Ankara on Sept. 3 to give a speech to prospective judges and prosecutors at Turkey’s Justice Academy and later meet with Justice Ministry officials. The next day Spanó will head to Istanbul to accept an honorary doctorate from Istanbul University.

The İHD in an open letter to Spanó enumerated several urgent matters such as an armed conflict in Turkey’s Southeast that has escalated in the last five years and Turkey’s military incursion into Kurdish-majority regions of Syria and Iraq, as well as a crackdown that ensued after a 2016 coup bid that took a heavy toll on NGOs and rights advocates as tens of thousands were arrested en masse.

“The deterioration of human rights in Turkey in recent years has been documented by independent rapporteurs, most notably by European Council institutions,” read the association’s letter.

“Your Honor, the ECtHR is accused of not taking urgent steps in this process,” it continued. “In these circumstances, a visit to Turkey where you only address state institutions would amount to complicity by negligence, tacit approval of what has been transpiring in the country.”

Another open letter to the ECtHR president from Nurullah Albayrak, a Turkish lawyer living in exile, was published on the TR724 news website.

“The Turkish government accuses every opponent of ‘terrorism’ and does not recognize the right to life. A report prepared by deputy Mustafa Yeneroglu, who resigned from the ruling AK Party, based on Ministry of Justice data, includes the following determinations: ‘Between 2016 and 2018, 1,056,000 people were subject to investigation and prosecution for membership in a terrorist organization. If we calculate only the nuclear family, this figure corresponds to at least 4 million people.’ This situation shows that the government is committing genocide by making arbitrary accusations, especially against members of the Gulen movement and Kurdish opponents,” Albayrak said.

The group Albayrak refers to as the Gulen movement is a faith-based group led by cleric Fethullah Gülen, who resides in the US. Ankara accuses Gülen of orchestrating the failed coup, an accusation he vehemently denies. Since the abortive putsch, the mass arrest of people with alleged ties to the outlawed movement has taken place.

“Your Honor, due to the domestic law’s ineffectiveness and the government’s absolute control over the judiciary, the hope for millions of victims is the European Court of Human Rights, over which you preside,” Albayrak’s letter reads.

“The judiciary in Turkey is under the absolute control of the government. Waiting for the ‘exhaustion of domestic remedies’ can only be possible in a fair trial, in the presence of impartial and independent judges.

“The court recently rendered a verdict for two judges [Alparslan Altan and Hakan Bas] and ruled that their arrests were unjustified. The ruling stated that the arrests were not based on any concrete evidence, that laws protecting judges were not abided by and that an unauthorized court arrested the judges.

“Consequently, the Constitutional Court, following the decisions of the ECtHR, should have followed this decision. However, the court ruled in its decision on  Yıldırım Turan dated June 4, 2020, that it would not comply with the ECtHR decision and that the ECtHR did not have the jurisdiction to issue such a ruling that interprets Turkish law.

“This decision showed how the Constitutional Court handled the applications of judges dismissed by the Council of Judges and Prosecutors [HSK]. This is also proof that the Turkish judiciary does not comply with the provisions of international human rights conventions or supervisory bodies’ decisions, and it shows how Turkish policy has moved away from being a state that upholds the rule of law.”

Referring to the honorary doctorate Spanó will receive from Istanbul University, Albayrak reminded the ECtHR president of the academic body’s human rights record.

“Your honor, I would like to remind you that 213 people were expelled from Istanbul University, where you will receive an honorary doctorate, with five separate decree-laws during the state of emergency. Among them are 46 professors, one of them the husband of former ECtHR judge Işıl Karakaş, 31 associate professors, 45 assistant professors, 53 research assistants, three lecturers and 13 teachers. The other people are engineers, psychologists, doctors, nurses, pharmacists, biologists, laboratory experts, computer operators and technicians.”

“Astonishing to think that Robert Spano, European Court of Human Rights president  @ECHR_CEDH is planning to accept an honorary doctorate in law from Istanbul Univ, which summarily dismissed scores of academics – among them Mehmet Altan – in an unlawful way. Think again, Judge Spano,” Sinclair-Webb said on Twitter.

“President of European Court of Human Rights, judge Robert Spano, plans to accept honorary doctorate from Istanbul University – which fired numerous academics. Think twice before throwing the credibility of the #ECtHR under the bus!” Piri tweeted.