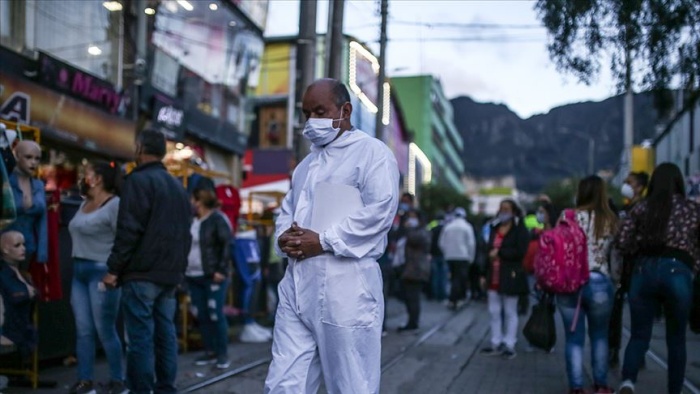 Turkey announced 1,303 new coronavirus cases on Wednesday, 40 more than yesterday, bringing the total number of cases to 253,108, according to a chart posted on Twitter by Health Minister Fahrettin Koca.

The number of daily new cases was the highest since early June.

Beginning three weeks ago, the health ministry chart no longer showed the number of intensive care patients and those on ventilators but instead reported the number of patients in critical condition and the percentage of patients among all cases who have developed pneumonia due to the coronavirus.

Today’s chart indicated that the number of patients in critical condition increased by 16 to 719, 7.4 percent of whom have developed pneumonia.

Meanwhile, 1,002 more people were declared to have recovered on Wednesday, bringing the total number of recoveries to 233,915.

Turkey has conducted nearly 6 million tests so far, with 87,223 more in the last 24 hours.

On average, the country conducts some 70,000 tests per 1 million of population, while the figure for the developed countries is over 100,000.