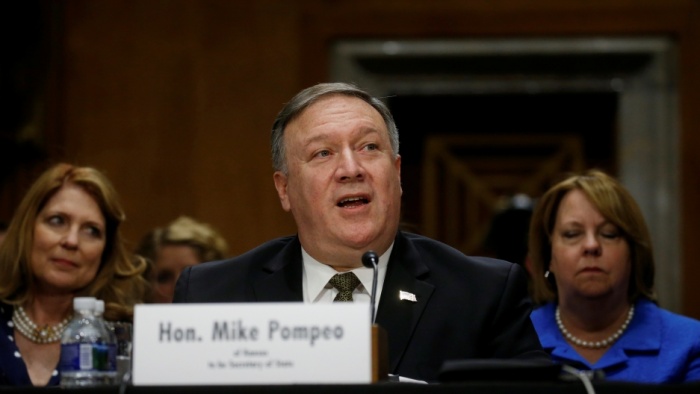 Two US senators and two members of the House of Representatives have urged US Secretary of State Mike Pompeo to pressure Turkey into calling off its drilling plans in the eastern Mediterranean, the Greek Kathimerini daily reported.

“By sending the survey ship Oruc Reis with armed escort into areas over which Greece and Cyprus assert jurisdiction, Turkey risks an escalation that endangers American strategic interests. We urge you to make it clear to the Erdogan government that continuing this course of action will further create challenges to regional cooperation and US-Turkey relations,” said Congressmen Ted Deutch and Gus Bilirakis in a letter to Pompeo dated Aug. 13.

Describing the rising tensions in the region after Ankara decided to send the Oruç Reis with an armed escort south of Kastellorizo, the two congressmen called for action.

“We urge you to be clear that Turkey must cease its provocations in the region and the Oruc Reis and its armed escort must return home. Our Caucus and many other colleagues in Congress stand ready to assist in efforts to safeguard American interests, allies, and partners,” they said.

In a separate letter, Senators Robert Menendez and Chris Van Hollen went a step further and called on the US to work with the EU on a plan of comprehensive sanctions to be imposed on key sectors of the Turkish economy.

These sanctions, the senators say, should be imposed if Turkey continues to act illegally in the eastern Mediterranean and refuses to settle these issues under the arbitration of the International Court of Justice.

Their letter also refers to the Senate’s continuous request for the activation of sanctions following Turkey’s acquisition of the Russian S-400 missile system.