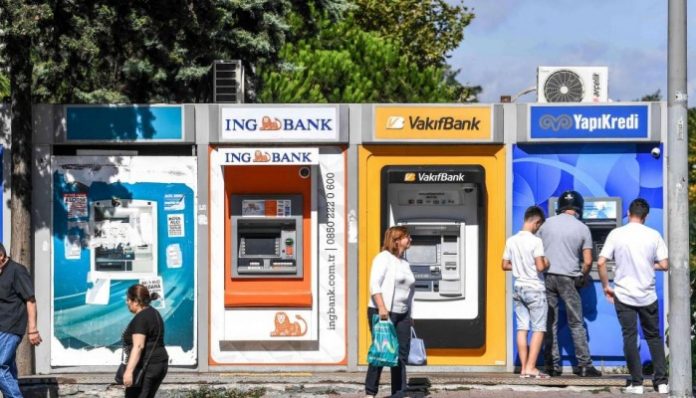 Some Turkish banks have begun charging a fee to withdraw foreign currencies in cash, bankers said on Thursday, after a slide in the lira to record lows last week, Reuters reported.

The central bank this month classified such withdrawals as one of the transactions for which banks could charge.

Turks have been buying hard currencies since a currency crisis in 2018. As the lira has declined again in recent weeks, the amount held soared to $213 billion at the end of July, raising concerns that banks could find themselves short if there was a run on foreign banknotes.

Some banks have begun charging for withdrawals above a certain amount, and others are still working out their strategy, bankers said.

“It has gradually started across the sector,” said one banker, adding that all banks were likely to follow suit.

The BDDK banking watchdog last year set a one-day settlement delay for individual purchases of more than $100,000 in foreign currency.