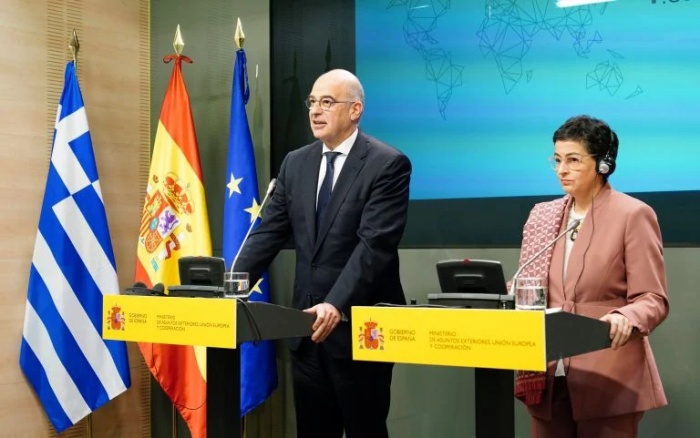 Greek Foreign Minister Nikos Dendias on Tuesday said he welcomed a decision by Ankara to suspend research for oil and gas exploration in the eastern Mediterranean in a move that will help de-escalate tensions between Greece and Turkey, the Kathimerini daily reported.

“The statement of the presidential spokesman is a positive development for us. The Greek government has always said, and continues to say, that the necessary condition for dialogue is the de-escalation on the part of Turkey,” Dendias said after his meeting with Spanish counterpart Arancha Gonzalez Laya in Athens.

“We believe that this is in the interest of both Turkey and Turkish society,” he added.

In an effort to relieve the tension in Mediterranean, the Spanish minister visited Turkey a day before Athens, having meetings with the government officials.