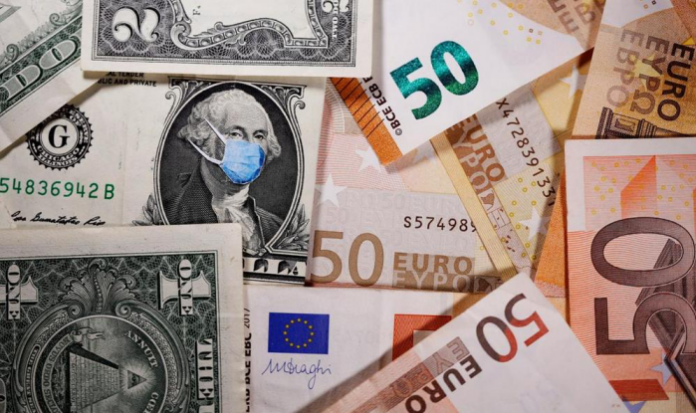 Turkey’s lira approached a record low against the euro on Monday, driven by state interventions that have tied it to the dollar and also concerns that the European Union could sanction Ankara over Mediterranean drilling plans, according to Reuters.

The currency has fallen about 7 percent against the euro in two months even as it has virtually flat-lined against the US currency. Turkey’s central bank and state banks have sold tens of billions of dollars to stabilize the US exchange rate, according to data and sources.

But with the euro rising to its strongest level against the dollar in nearly two years, the lira has slipped with the greenback and stood at 8.0488 against the euro by 1219 GMT, weakening from a close of 7.9733 on Friday.

FX traders have increasingly raised concerns over Ankara’s efforts to explore for oil and gas in the eastern Mediterranean, which has angered Greece and Cyprus.

EU foreign ministers have agreed to bulk up the existing sanctions framework on Turkey’s drilling, and French President Emmanuel Macron has demanded action against what he termed Turkish “violations.” He added that the bloc should also impose sanctions over Ankara’s military involvement in Libya.

Turkey’s navy last week issued an advisory for seismic surveys at sea between Cyprus and Crete.