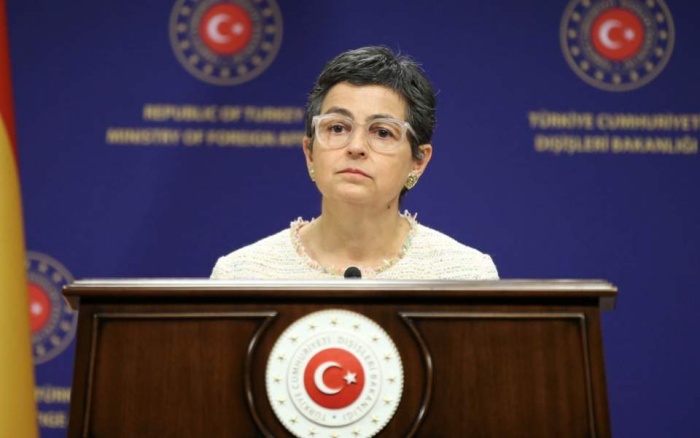 Spain’s foreign minister has said talks in Turkey on Monday had helped reduce tensions between some European Union members and Ankara over Turkish energy exploration in the Mediterranean, adding that a one-month pause in drilling was possible, Reuters reported.

Foreign Minister Arancha Gonzalez Laya, at a news conference in Ankara with Turkish counterpart Mevlüt Çavuşoğlu, said an “inflexion point” had been reached on the dispute over drilling for oil and gas in the eastern Mediterranean Sea.

Turkey is at loggerheads with Greece and Cyprus over overlapping claims for offshore reserves, and the two EU members, along with France, have rejected Turkey’s plan to explore between Cyprus and Crete.

Paris and Athens have called for sanctions on Turkey for what they view as an encroachment on Greek and Cypriot waters, while Berlin has warned Ankara to cease “provocations.” Turkey has rejected the criticism and said it is abiding by international law.

The Turkish lira has, meanwhile, slipped to near a record low versus the euro.

“We have reached some inflexion point mainly on the drilling in the eastern Mediterranean, and this was a useful dialogue with Mevlüt to deescalate tensions that exist,” Gonzalez Laya said.

“I think his will to pause exploration for at least a month to give space to dialogue between parties is a sign of confidence,” she said.

Çavuşoğlu did not mention any plans to pause.

Last week Turkey’s navy issued an advisory for seismic surveys at sea in a move Greece said was an attempt to encroach on its continental shelf. The Turkish research ship is still anchored off Antalya.