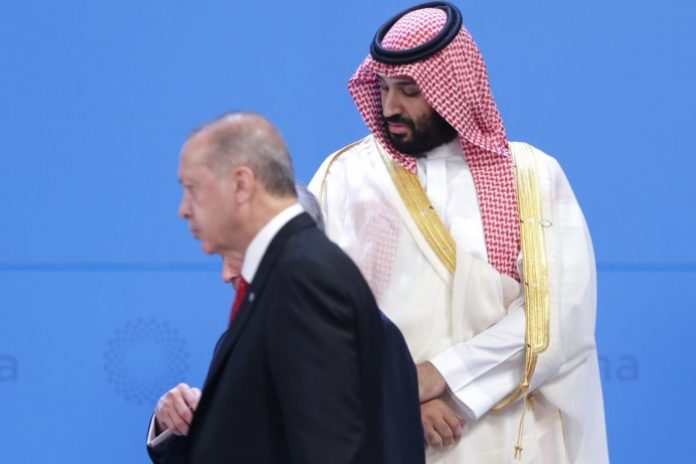 Saudi Arabia is pressuring local businesses not to do business with Turkey and is detaining trucks carrying fresh fruits and vegetables at the border amid rising tensions between the two countries, Middle East Eye reported, citing Turkish sources.

“Relevant authorities have contacted the Saudis about the issue,” a Turkish official, speaking on condition of anonymity, said. “The trade minister has already made a phone call to her Saudi counterpart.”

Saudi authorities individually contacted Saudi businesses telling them not to conduct trade with Turkish companies and threatened them with fines, the Turkish Dünya newspaper reported.

“Saudi authorities cannot officially reveal this policy due to World Trade Organization sanctions,” the report added, quoting a Turkish exporter. Under WTO rules, Turkey may file a dispute against Riyadh to seek compensation for recorded losses it if it can prove unwarranted Saudi tactics against its businesses.

Riyadh’s efforts against Turkish interests include cancelling the contracts of Turkish employees working in the country. “You cannot even sell Turkish goods from Germany because they don’t want anything with a made in Turkey stamp,” the Dünya report said.

Turkish trade ministry statistics indicate that Turkish exports to Saudi Arabia increased by 40 percent year-on-year in June, reaching roughly $213 million after a drop at the height of the coronavirus crisis.

Last year Riyadh blocked the entrance of dozens of Turkish trucks carrying textile products and chemicals into the country, while state-run media and leading business figures have advocated for boycotts of tourism and imports against Ankara.

“Since last year, Saudi authorities have been preventing Turkish firms from taking part in public tenders such as pharmaceutical purchases,” a person familiar with the matter said.