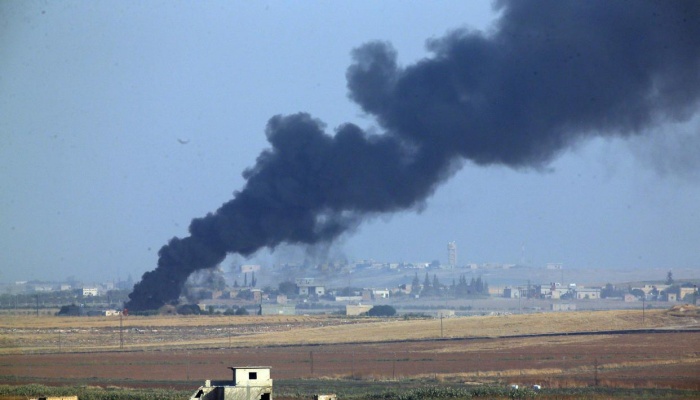 The apparent airstrike, on June 25, killed a member of the Iranian Kurdish Party for Free Life of Kurdistan (PJAK), which is linked to the armed Kurdistan Workers’ Party (PKK), and wounded three others. The attack also wounded at least six civilians and damaged the popular Kuna Masi water resort, at a confluence of freshwater wells and springs in the Sharbazar district.

“The Turkish military strike on opposition fighters in a resort area seriously injured several civilians and could have harmed many more,” said Belkis Wille, senior crisis and conflict researcher at HRW. “While the fighters were wrong to put the civilians at risk, Turkey also needs to take all practical precautions to limit harm to civilians.”

Turkish forces have conducted military operations in northern Iraq against the PKK and PJAK for decades. On June 15 the Turkish Defense Ministry announced Operations Claw-Eagle and Claw-Tiger “against terrorists in northern Iraq.” On June 25 the Defense Ministry reported that it had carried out attacks on at least 81 locations in the Kurdistan region of Iraq and by July 14 said it had killed 62 “terrorists.” Some Iranian army shelling of PJAK forces also took place over the same period.

A few days after the attack the Turkish consul general in Erbil reportedly told reporters that Turkey would continue targeting the PKK and its “wings,” without mentioning PJAK specifically.

“The Turkish military appears not to have taken adequate precautions in this attack to minimize civilian harm, nor to have established whether predictable civilian harm would outweigh the concrete and direct military advantage it anticipated from the attack, making the attack unlawfully disproportionate,” HRW said. “The PJAK fighters also endangered civilians by their presence in the populated area.”

In a June 26 statement the Turkish Defense Ministry denied that there had been any civilian casualties since the beginning of the new assault.

HRW has previously raised concerns about Turkish airstrikes killing civilians in the Kurdistan region of Iraq.

“The Turkish forces showed incredible misjudgment by attacking a small group of fighters in the midst of a popular water resort,” Wille said. “The laws of war prohibit attacks in which the known danger to civilians exceeds the expected military gain.”