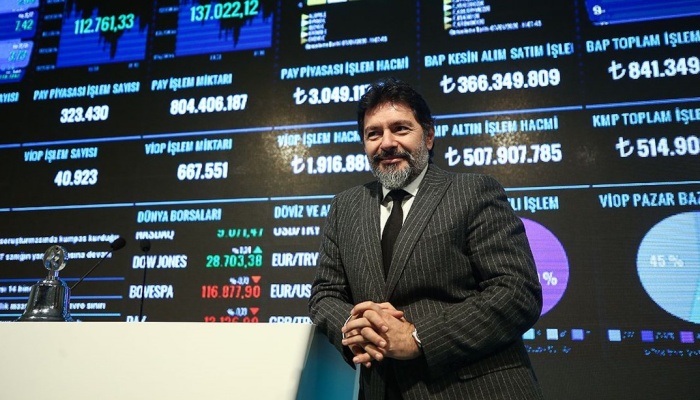 A Turkish banker was properly convicted of helping Iran evade US sanctions in a case that strained relations with Turkey, a federal appeals panel said Monday, The Associated Press reported.

The ruling by the 2nd US Circuit Court of Appeals in Manhattan concluded that Mehmet Hakan Atilla received a fair trial after he was arrested in 2017 during a business trip to the United States.

A three-judge panel said there was sufficient evidence to support the jury’s guilty verdict, including wiretapped conversations and hundreds of documents establishing that “Atilla was a knowing participant in the sanctions evasion scheme that involved routing hundreds of millions of dollars through the U.S. financial system.”

In the book Bolton claims that Trump assured Erdoğan in 2018 that he would “take care of things” regarding a probe of a Turkish firm believed to be Turkey’s state-run Halkbank. The bank has since been criminally charged and pleaded not guilty to evading US sanctions. A March 2021 trial date has been set.

Atilla was an executive at Halkbank when he was sentenced to two and a half years in prison. The sentence was far below the life term recommended by US probation authorities and the 20 years urged by prosecutors.

He has since returned to Turkey. The Turkish government appointed him head of the İstanbul stock exchange.

The trial of Atilla featured testimony by wealthy Turkish-Iranian gold trader Reza Zarrab, who pleaded guilty in a deal with prosecutors.

Zarrab testified that he paid over $50 million in bribes to Turkey’s finance minister to help the sanctions-busting scheme flourish.

For a time former New York Mayor Rudolph Giuliani and Michael B. Mukasey, a former attorney general in President George W. Bush’s administration, attempted to negotiate a resolution to the case with Erdoğan and Trump administration officials. The talks in 2017 failed to produce a deal.