Turkey’s parliament on Saturday passed a law changing the structure of bar associations, a move that lawyers argue will further undermine judicial independence in a country where they say the judiciary is already in disarray, Reuters reported.

Thousands of lawyers have protested in İstanbul, Ankara and other cities against the plan, saying it aims to silence some of the few institutions still speaking out against the government’s record on rule of law and human rights.

The legislation allows multiple bar associations to be formed in each province, in place of the current system where each province has a single association, diluting the institutions’ power.

Cahit Özkan, a lawmaker from President Recep Tayyip Erdogan’s Justice and Development Party (AKP), said last week the law was needed because bar associations were no longer able to function properly following a 13-fold increase in the number of lawyers in Turkey since the previous law came into effect.

Opponents say it will strengthen small provincial bars at the expense of the large associations in the main cities. The larger associations currently predominate and are frequently critical of the government.

These associations say the judicial system has descended into chaos in recent years with lawyers jailed, defenses muzzled and confidence in judges and prosecutors destroyed.

The law was passed with 251 votes in favor in the 600-seat parliament, with only 417 MPs voting. The AKP has 291 seats in the assembly, while its Nationalist Movement Party (MHP) allies have 49 seats.

The legislation “appears calculated to divide the legal profession along political lines and diminish the biggest bar associations’ role as human rights watchdogs,” Human Rights Watch and the International Commission of Jurists said.

“Their aim is to create partisan bar associations. If you weaken the bars, if you divide them, the citizens will suffer harm,” he said shortly before parliament began debating the bill on Wednesday. 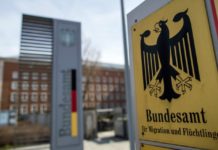