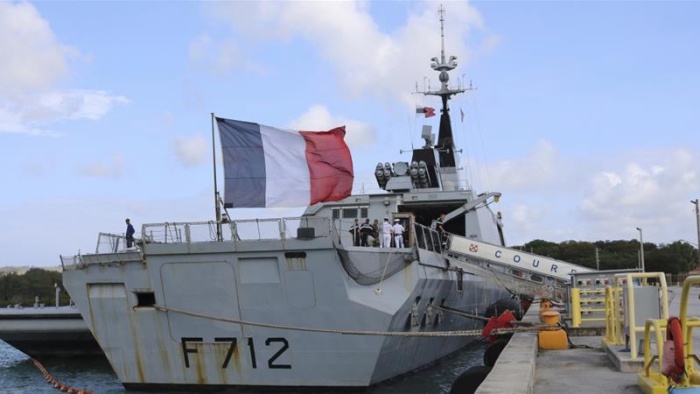 Foreign Minister Mevlüt Çavuşoğlu said on Thursday Turkey expects France to apologize after an incident between Turkish and French warships in the Mediterranean prompted Paris to request a NATO investigation, Reuters reported.

Relations between the NATO members have soured over the Libya conflict, where Turkey supports the internationally recognized government and accuses Paris of backing the eastern-based forces of Khalifa Haftar, who tried to capture Tripoli.

France denies backing Haftar’s offensive on the capital and accused Turkish warships of aggressive behavior after its own warship tried to inspect a vessel in June that it suspected was violating a UN arms embargo on Libya.

“France should apologize to us instead of confronting Turkey with wrong information. France supported the wrong side in Libya,” Çavuşoğlu said during a news conference in Berlin.

Libya has been split since 2014 between rival factions in Tripoli, home to the internationally recognized Government of National Accord (GNA), and in the east, where Haftar’s Libyan National Army (LNA) holds sway.

Çavuşoğlu was speaking in Berlin alongside Germany’s Foreign Minister Heiko Maas, who called for “constructive dialogue” to resolve the differences between France and Turkey and appealed for a return to ceasefire talks in Libya.

“At the moment we would like those [countries] that have a large amount of influence on one of two conflict players to encourage them to return to the table,” he said.