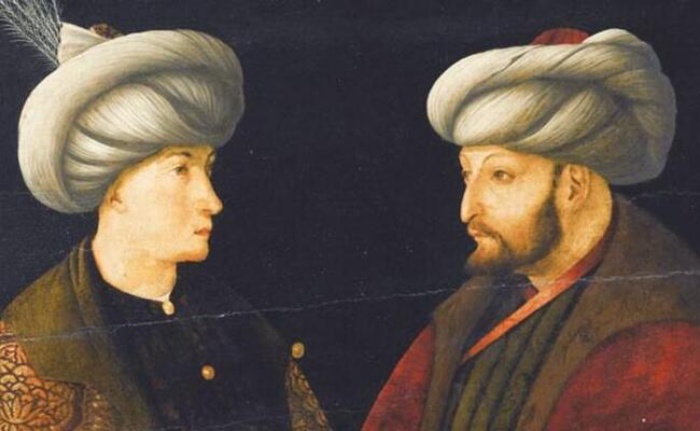 The İstanbul Metropolitan Municipality has acquired a 15th century painting of Fatih Sultan Mehmed, the Ottoman sultan who conquered Constantinople in 1453, at a London auction for TL 6.5 million (nearly $950,000), Turkish media reported.

“Great news! A 15th century portrait of Sultan Mehmed II the Conqueror was bought by @municipalityist at a live auction in London today. We are thrilled and cannot wait to welcome this celebrated work of art in #Istanbul soon,” Mayor Ekrem İmamoğlu tweeted on Thursday.

The work of art is thought to have been created by Venetian painter Gentile Bellini, who had lived in İstanbul between 1479 and 1481 as part of a deal between the Ottoman Empire and Venetian authorities.

It depicts the Ottoman sultan with a young man, his son Cem Sultan, according to some experts.

The auction at Christie’s included a number of historic artifacts from the Islamic world, BBC Turkish service reported.