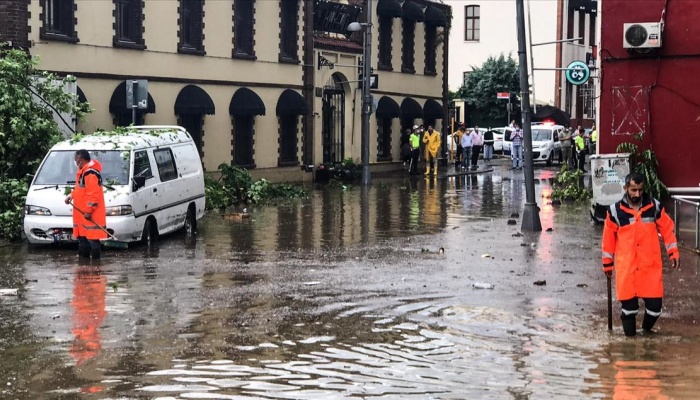 At least one person was killed and eight others were injured on Tuesday in flash floods in Turkey’s biggest city of İstanbul, local authorities said, according to the Xinhua news agency.

“A 30-year-old Syrian died in the flood in the Esenyurt district,” İstanbul Governor Ali Yerlikaya told reporters on the scene.

He added that a total of eight people were injured across the city, including three Syrian children.

Rescue teams pulled children from a flooded apartment building in Esenyurt, Yerlikaya said, noting that they had been rushed to nearby hospitals and all were in good condition.

Heavy downpours hit the megacity with a population of over 16 million in the afternoon, causing flash floods.

Many vehicles and pedestrians were trapped, and a landslide occurred at a parking lot in the European part of the city, causing extensive damage.

Following the rainfall, strong winds swept across the city, blowing the roofs off some buildings and bringing down several trees.

The electricity went out in various neighborhoods on the European side of the city.