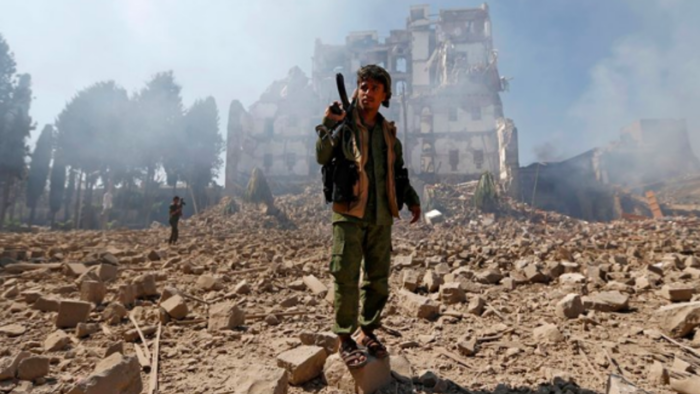 Turkey has been preparing a “Libya-like” military involvement in Yemen, a war-torn country already suffering from an intervention led by Saudi Arabia, the MintPress news website reported.

Informed sources in Aden and Taiz revealed to MintPress that a militia belonging to the Muslim Brotherhood-affiliated El-Eslah Party, the ideological and political ally of Turkish President Recep Tayyip Erdoğan, is already engaged in the latest round of fighting in Yemen’s southern provinces, particularly in Abyan and Shabwa, the report said.

The Turkish intervention, which extends to Marib – an oil-rich province located 173 kilometers to the northeast of Ansar Allah-controlled Sana’a, has so far been led by officers, experts and training personnel and has involved the delivery of weapons, including drones, for use by Turkish allies on the ground.

The move paves the way for wider intervention in Yemen that would resemble Turkey’s role in Libya in favor of the Government of National Accord, which is currently battling General Khalifa Haftar’s forces for control over the country.

The Turkish officers and advisors in Yemen are lending comprehensive support to El-Eslah’s militants, who have been fighting against the Southern Transitional Council (STC) in Abyan since April 26, when the STC imposed emergency rule in Aden and all southern governorates.

Beginning in 2018 and ’19, dozens of Turkish officers and experts reportedly arrived in many Yemeni areas overlooking the Red and Arabian seas, particularly in Shabwa, Abyan, Socotra, al-Mahra and the coastal Directorate of Mukha near the Bab al-Mandab Strait as well as Marib.

The officers reportedly entered Yemen as aid workers under pseudonyms using Yemeni passports issued illegally from the Yemeni passport headquarters in the governorates of Ma’rib, Taiz and Al-Mahrah.

Ankara recently trained hundreds of Yemeni fighters in Turkey and in makeshift camps inside of Yemen. Moreover, Turkey recruited Libyan and Syrian mercenaries to fight in Yemen by promising them high salaries to fight for the Muslim Brotherhood in the southern regions and along the western coast of Yemen, according to sources that spoke to MintPress.

One of those sources said a group of mercenaries was supposed to enter the country last week in a Turkish plane carrying “aid and medicine related to coronavirus pandemic,” but the Saudi-led coalition prevented the plane from landing at Aden’s airport.

Now, sources say, Turkish intelligence and its allies in Yemen are working on a strategy to enter the country by pushing for eased travel restrictions under the guise of fighting coronavirus.

Yemeni politicians told MintPress that Turkey wants to reach the strategic port of Balhaf and secure for use as a hub to export gas and oil and to control the open coasts of the Arabian Sea and Bab al-Mandab Strait for later use as a gateway for Turkish intervention in the region.

Turkish control in those areas would provide access to support and supply Turkish military bases in Somalia and Qatar.

Ankara has successfully boosted its intelligence presence in Yemen through the use of Turkish humanitarian aid organizations.