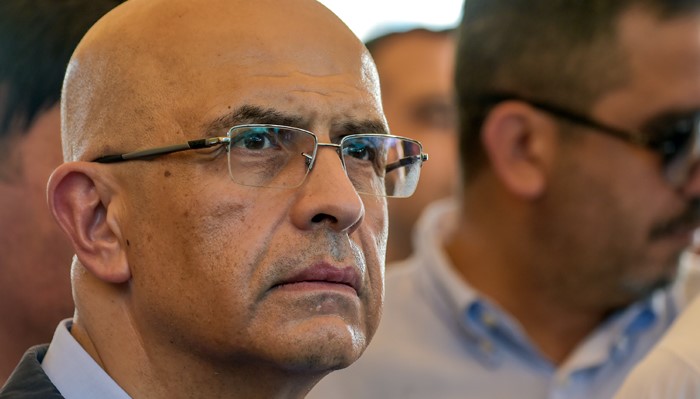 Main opposition Republican People’s Party (CHP) deputy Enis Berberoğlu, who was ousted from the Turkish Parliament along with two other deputies from a Kurdish party on Thursday and subsequently arrested, was released from jail on Friday under anti-coronavirus measures, while the other two deputies continue to remain behind bars, Turkish media reports said.

Berberoğlu was released from the Maltepe Prison in İstanbul. He will return to jail on July 31 to serve a remaining sentence of 18 months from a previous conviction of five years ,10 months.

In a tense parliamentary session it was announced that the three had been expelled from office, thus stripping them of their parliamentary immunity. Berberoğlu was arrested in İstanbul and the two HDP MPs were taken into police custody in the southeastern city of Diyarbakır on Thursday night.

Güven and Farisoğulları have been charged with alleged links to the outlawed militant Kurdistan Workers’ Party (PKK) and Berberoğlu with disclosing government secrets.

Following the release of Berberoğlu from jail under anti-coronavirus measures, HDP co-chairperson Pervin Buldan tweeted about the discrimination against the jailed HDP deputies and politicians.

“Of course we are pleased with the release of Enis Berberoğlu from jail, but doesn’t the coronavirus infect other politicians in jail?” Buldan tweeted.

The HDP is frequently accused by Ankara of having links to the PKK, listed as a terrorist organization by Turkey, the EU and the US. The party denies having organic links to the PKK.

Turkey has removed dozens of democratically elected mayors from their posts on terrorism charges and jailed dozens of Kurdish politicians.