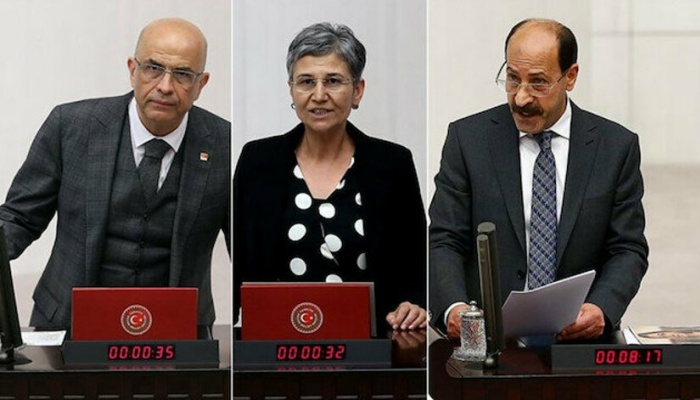 Three ex-deputies who were stripped of their parliamentary status by a majority vote on Thursday were arrested by courts later in the day, according to the Turkish media.

The PKK, designated as a terrorist organization by Ankara, the European Union and the United States, has been waging a decades-long insurgency in Turkey’s southeastern region.

Farisoğulları, who was detained by police on his way to Ankara, was sentenced to nine years in prison, while Güven received a six-year, three-month sentence. Police raided Güven’s residence in Diyarbakır.

Meanwhile, Enis Berberoğlu from the Republican People’s Party (CHP), whose parliamentary status also was removed in today’s vote, had announced that he would surrender to the police to serve the remaining 18 months of his sentence for disclosing government secrets.

Berberoğlu was taken to the police custody in İstanbul, according to Tuncay Özkan, another CHP deputy.