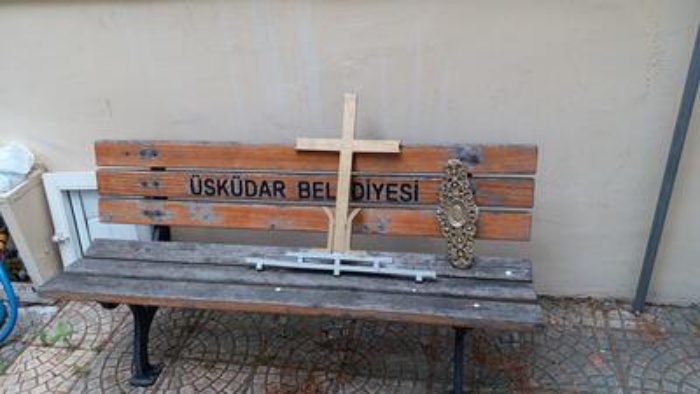 Another church has been attacked amid growing hostility towards Christians in Turkey, which includes arrests, mysterious disappearances, unresolved murders and a history of rights violations, the Asia Times news website reported.

Last Saturday, a man ripped the cross from the gate of the Armenian Surp Krikor Lusaroviç (Saint Gregory the Illuminator) Church in the Kuzguncuk district, on the Asian side of İstanbul.

The man was detained by police on Friday, according to the Turkish media.

In the meantime, church officials have taken steps to repair the damage, replacing the old cross with a new one.

The latest attack against a Christian target reflects a growing climate of hostility and repression towards minority groups in Turkey under President Recep Tayyip Erdoğan.

Earlier this month, the pro-government magazine Gerçek Hayat published a special 176-page edition that accused Armenians and other Christians in Turkey of terrorist activities and blamed them for participating in a failed coup in 2016, according to the Ahval news website.

Garo Paylan, an Armenian member of the Turkish parliament for the Peoples’ Democratic Party (HDP) tweeted that “attacks continue on our churches. The cross of our Surp Krikor Lusaroviç Armenian Church was removed and thrown away. Hate speech by the ruling power normalizes hate crimes.”

CCTV footage captured the attack. Around 7:20 p.m., a man is seen looking at the security cameras for a while, perhaps in an act of defiance, and then removing the cross, Edvart Ayvazyan, head of the church foundation, told the Bianet news website.

Less than three weeks ago the Surp Asdvadzadzin Patriarchal Church was attacked.

On May 8 a man tried to set fire to the door of the building and was later arrested.