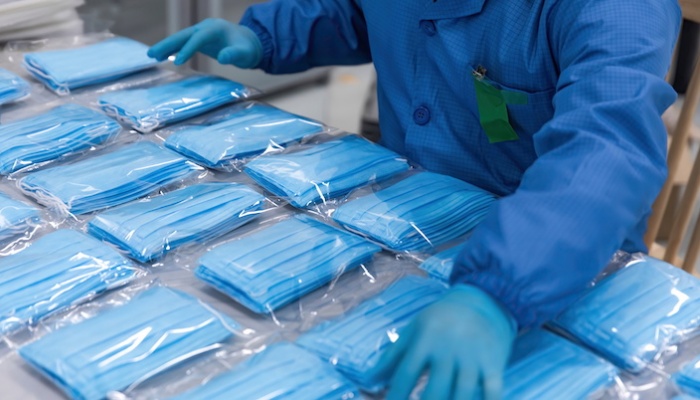 The Turkish Trade Ministry has lifted temporary export restrictions on medical equipment used in treating COVID-19 as well as a requirement for private companies to obtain advance permission before shipping such devices abroad, the Associated Press reported.

A government official said the decision reflected Turkey’s decreasing need for the equipment and desire to help other countries facing shortages.

The Trade Ministry also lifted restrictions on the export of ethanol, cologne, disinfectants and hydrogen peroxide.

Turkey, which has a population of 83 million, ranked eighth worldwide Saturday in total confirmed virus cases by country and 11th in reported virus-related deaths, according to a tally maintained by Johns Hopkins University. The government’s latest figures showed 124,375 confirmed cases, including 3,336 deaths.

The government says it is curbing new infections through contact tracing and partial lockdowns. Health Minister Fahrettin has urged people with COVID-19 symptoms to seek prompt medical attention. Koca said hospital capacity is high and that patients who receive early treatment with oxygen and drugs, including the much-debated hydroxychloroquine, are recovering.

Thirty-one provinces in Turkey were on the second day of a three-day lockdown Saturday. Weekend curfews are expected to continue through the month of Ramadan.

The government also announced Saturday that a military plane delivered medical aid supplies, including locally produced ventilators, to the nation of Somalia. Turkey has sent supplies to at least 55 countries during the pandemic, including the United States.