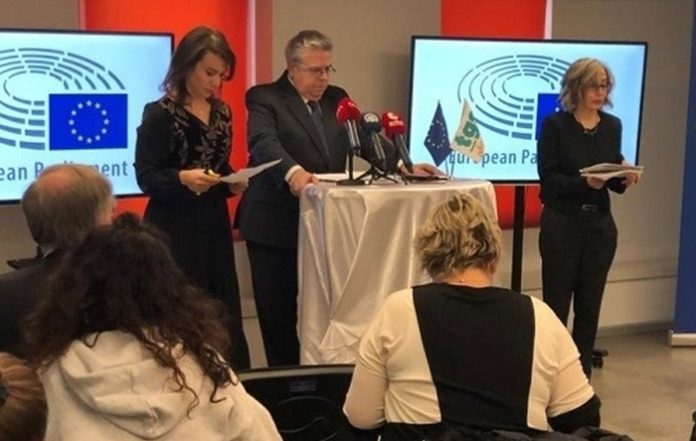 The European Parliament’s Turkey rapporteur, Nacho Sanchez Amor, has called on the Turkish government to release hundreds of imprisoned journalists, lawyers, activists and human rights defenders within the scope of a new amnesty bill drafted due to serious health concerns posed to inmates by the novel coronavirus.

“According to news, Turkish Gov is planning an amnesty in order to release a high number of inmates and stem the spread of the disease in prisons. There is no better opportunity to release hundreds of journalists, lawyers, activists, HHRR defenders… wrongfully imprisoned,” Amor tweeted on Monday, also wishing the best to the health workers and officials in charge in their fight against COVID-19, caused by the new coronavirus.

The Turkish government has been preparing a bill that would free up to 100,000 prisoners from among the 300,000-strong prison population; however, it does not foresee the release of prisoners who were incarcerated on politically motivated terrorism charges.

Bar associations, human rights platforms and rights defenders have been urging the government to include political inmates in the bill, worried by the lack of hygiene and medical treatment facilities in Turkey’s prisons.

“It’s very hard to see and understand how even in this harsh times the Government continues to undermine local democracy by going against the democratically expressed will of the people in the last elections #HDP.”