Başak Demirtaş, the wife of Selahattin Demirtaş, a jailed Kurdish politician, on Friday urged the Turkish government to immediately release prisoners due to the coronavirus outbreak.

Posting a video message on Twitter, Başak Demirtaş said this was the first time in the 176-week incarceration of her husband that she could not make her weekly prison visit.

“Thousands like me were unable see their loved ones this week due to the coronavirus,” she said in her message.

“Many people despite their serious ailments have been kept in prison. Hundreds of children are in jails with their mothers. Prison wards are overcrowded, ventilation is inadequate, sunlight is rarely seen. A healthy diet is impossible. Hygiene is overlooked,” she added.

According to the latest reports, the Turkish government is planning to pass legislation to release up to 100,000 inmates from prisons due to the global pandemic; however, the bill excludes prisoners charged with terrorism offenses.

Selahattin Demirtaş was jailed in November 2016 along with Figen Yüksekdağ, both former co-chairs of the Kurdish Peoples’ Democratic Party (HDP), on terrorism allegations.

“Regulations such as suspending the execution of punishment and releasing inmates in pretrial detention must be implemented without wasting any time,” Başak Demirtaş said. 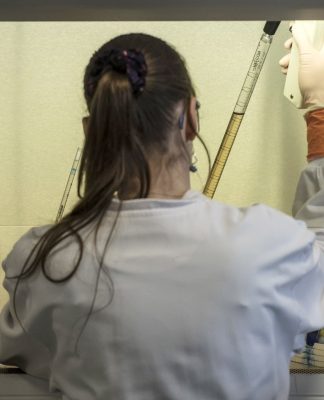 Curfew on the elderly might be extended to everyone, İstanbul mayor says