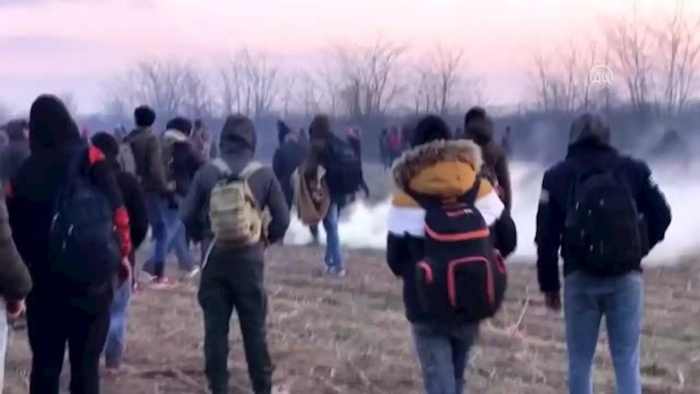 Tension flared at Greece’s mainland border with Turkey early on Friday as volleys of tear gas were fired from the Turkish side of the fence towards Greek border guards, Reuters reported.

There has been a standoff in the border area of Kastanies since Feb. 28, when Ankara said it would no longer hold back thousands of migrants stuck in that country under a deal brokered with the EU in 2016.

A Reuters correspondent saw Greek forces use a water cannon in an attempt to disperse people crowding at the border. It was followed by a volley of tear gas from the other side.

Athens has called the confrontations a threat to national security, and Prime Minister Kyriakos Mitsotakis brought European Union leaders to the area to press his case for support to avoid a repeat of 2015, when tens of thousands of asylum seekers poured into the European Union.

Speaking to a group of journalists on his return from Moscow, Turkish President Recep Tayyip Erdoğan signaled that there would be no change in Turkey’s policy.