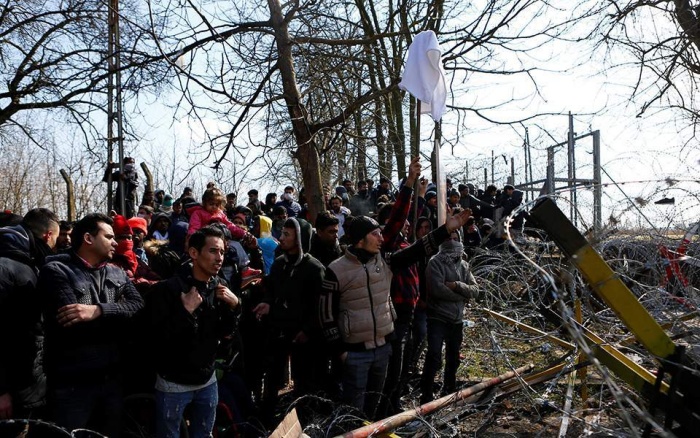 Turkey said on Wednesday it was preparing a case in the European Court of Human Rights (ECtHR) over Greece’s treatment of migrants and added the EU has so far made no concrete offer to deal with thousands trying to enter the bloc, Reuters reported.

Interior Minister Süleyman Soylu said on broadcaster CNN Türk that officials are “making preparations” to apply to the ECtHR over Greece’s interventions with the migrants. The families of two people who died have authorized Ankara to do so.

He said that more than 135,000 people had so far passed from Turkey’s border province of Edirne into Greece since late last week, citing what he called daily police observation.

The number was higher than other estimates.

The war of words between Athens and Ankara has escalated since last week when Turkey decided to no longer abide a 2016 deal with the European Union to halt illegal migration flows to Europe in return for billions of euros in aid.

Since then, more than 10,000 migrants from Afghanistan, Syria and other countries have been trying to breach the border.

Turkey, locked in a military conflict with Moscow and Damascus in Syria’s Idlib region, fears another wave of Syrian refugees after already hosting some 3.6 million. It wants the EU to more forcefully back it in Syria and deliver more funds.