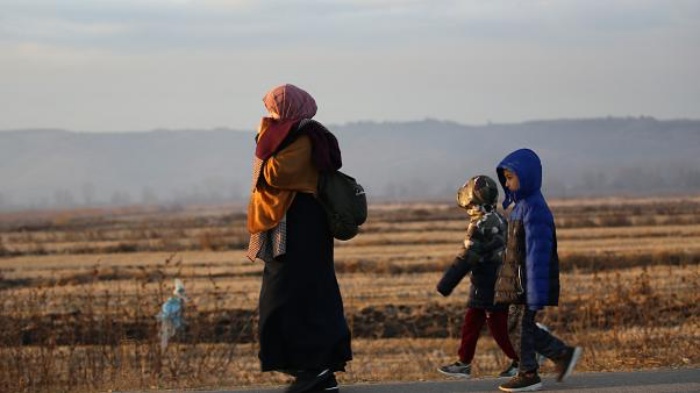 Turkish Interior Minister Süleyman Soylu has announced that a total of 47,113 migrants crossed its border with Europe after Turkey announced that it will not prevent migrants from trying to reach the West.

Turkish President Recep Tayyip Erdoğan said on Saturday that Turkey’s borders with Europe were open, making good on a longstanding threat to let refugees into the continent as thousands of migrants gathered at the frontier with Greece, The Associated Press reported.

Erdoğan’s announcement that Turkey is allowing refugees and migrants to exit the country marked a dramatic departure from current policy and an apparent attempt to pressure Europe.

It came amid a military escalation in northwestern Syria’s Idlib province that has forced hundreds of thousands of Syrian civilians to flee fighting between advancing Syrian government forces backed by Russia and rebel fighters supported by Turkey.

The mass displacement in Idlib has raised the possibility that Turkey might come under growing international pressure to open its now sealed border with Syria and offer refuge to desperate Syrian civilians.

“We can’t handle a new wave of migration,” Erdoğan said Saturday, in apparent reference to the growing humanitarian crisis in Idlib. Nearly 950,000 displaced civilians have been pushed toward the Syrian-Turkish border in cold winter weather.

Erdoğan said Turkey would not stand in the way of refugees and migrants already in the country who want to head to Europe.

“We will not close the gates to refugees,” he said. “The European Union has to keep its promises. We are not obliged to look after and feed so many refugees.”