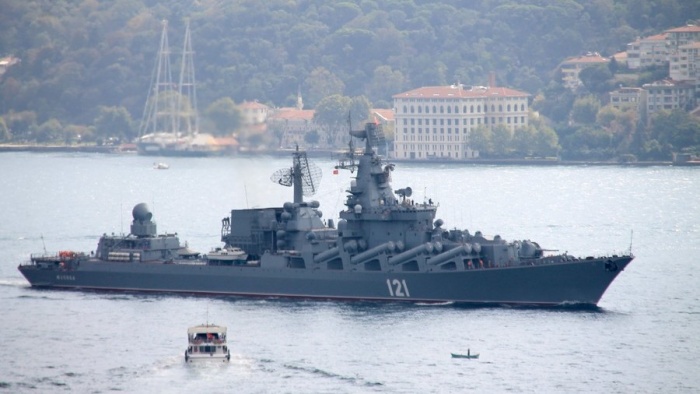 Turkey may soon be closing İstanbul’s Bosporus to Russian warships in order to prevent them from continuing to resupply the Syrian regime’s military, according to the Middle East Monitor news website, citing Russian daily Novaya Gazeta.

The possible blocking of Russian warships would halt the country’s large-scale supply of weapons and aerial power to the Syrian regime of President Bashar al-Assad, which has been conducted throughout the Syrian civil war and Assad’s ongoing campaign to retake northwestern Idlib province.

It was suggested by the newspaper that the move would enable the Turkish military and the opposition forces that it supports in Syria to have more time to redeploy and arrange reinforcements in the country’s northwest.

One week ago Russian military expert Sergey Ishchenko commented on the prediction, warning that Turkey could do so to hinder the “functioning of Russian military bases in Khmeimim and Tartus” on the coast of western Syria. He also predicted that Turkey may even restrict Russian warplanes from flying through its airspace.

“It is only necessary for the Turks, at least for a while, to block the Black Sea passage for our ships. Then, the regular operation of the so-called ‘Syrian Express’ will be disrupted,” said Ishchenko, referring to the passage that the Russian ships usually take to provide supplies to Syria and its military.

He emphasized, however, that “nevertheless, the Syrian Army has enough armor to deter even powerful militant attacks, and retaliatory air strikes will certainly lead to strikes on Turkish checkpoints.”

Late last week it was revealed that Turkey had prevented four Russian military aircraft from entering Syria, stopping them from delivering supplies of military vehicles, tanks, missile launchers, heavy artillery and anti-armor missiles, in addition to shipments of bombs to be used by two bombers that were part of the Russian air convoy.

Since the Syrian regime’s killing of 16 Turkish soldiers this month, tensions have escalated between Turkey and Russia over the regime and its allied forces’ breaking of the agreement struck in September 2018, in which Idlib was designated a de-escalation, or safe, zone.