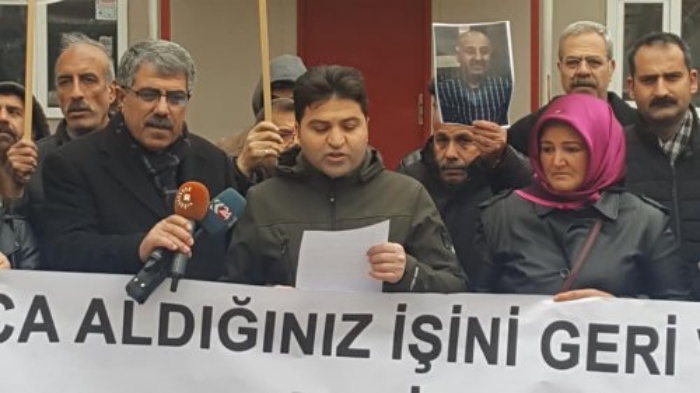 Turkey’s State of Emergency (OHAL) Commission has posthumously reinstated a union worker who was dismissed by a government decree in November 2016, causing his widow to react in anger, according to the Artı Gerçek news website.

“I can’t describe the suffering they have caused,” said Kıymet Çoban, the wife of the late Ahmet Çoban.

Çoban was working as the Diyarbakır branch head of the Office Workers Union (BES) when the government decree was issued as part of a large-scale purge in the public sector following a 2016 coup attempt.

“We lost our insurance,” his wife said at a press conference in Diyarbakır on Thursday, “so he couldn’t get proper treatment after being diagnosed with cancer.”

Çoban died in April 2019 under the burden of enormous debt stemming from medical expenses, she added.

Turkey dismissed more than 130,000 public servants in the aftermath of the failed coup over alleged links to terrorist groups.

The OHAL Commission was established in summer 2017 to adjudicate appeals against the government decrees dismissing civil servants.