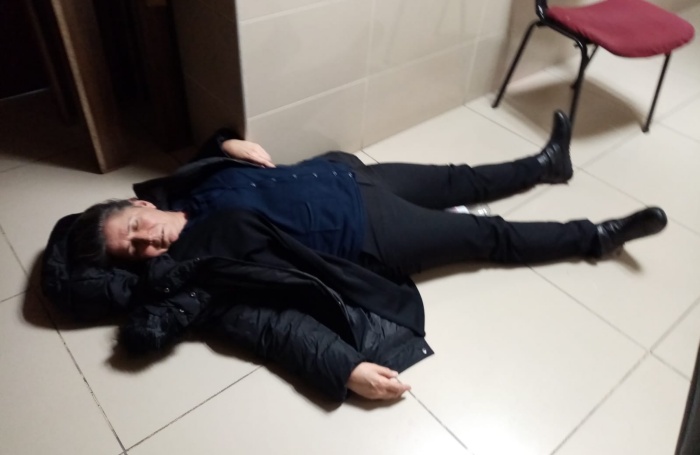 A Turkish court has ruled for the arrest of Ayten Sarıkaya Kesler, a cancer patient who was detained Tuesday morning at an İstanbul airport upon her arrival from Switzerland, the Pirha news website reported.

An arrest warrant was outstanding for the 53-year-old Kesler for allegedly insulting President Recep Tayyip Erdoğan and disseminating terrorist propaganda.

She reportedly fainted while at the courthouse and was subsequently hospitalized.

Speaking to the news website, Kesler’s lawyer said she suffers from hypertension and a number of other health problems in addition to the cancer.

The lawyer also said Kesler is to be jailed after her discharge from the hospital.

According to Justice Ministry figures, nearly 20,000 people have been the subject of legal proceedings for allegedly insulting Erdoğan during his presidency. The number includes many ordinary citizens who were prosecuted over their social media posts.