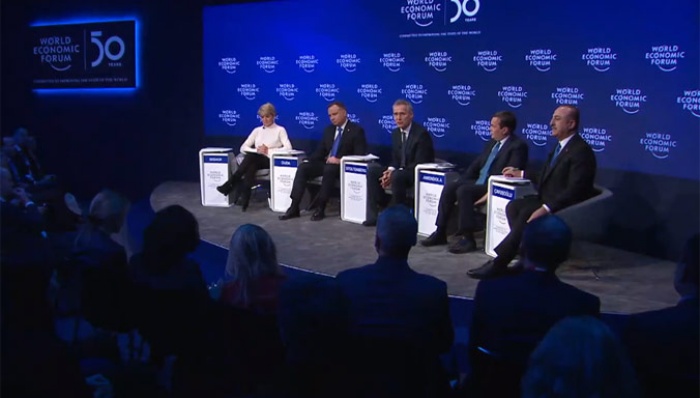 The delivery of the system by Russia to Turkey, in a deal strongly backed by President Vladimir Putin and his Turkish counterpart, Recep Tayyip Erdoğan, has deeply troubled Ankara’s NATO allies and raised the risk of US sanctions.

“So far it has not been possible to reach an agreement on that,” Stoltenberg said at the World Economic Forum (WEF) in Davos at a panel discussion participated in by Turkish Foreign Minister Mevlüt Çavuşoğlu, who had delivered a staunch defense of the deal.

“We will try to do whatever we can to find a way to solve these issues, as this is one of the issues that is causing problems within the alliance — there is no way to deny that,” he added.

Çavuşoğlu, however, had argued in front of Stoltenberg that Turkey had no choice but to buy the S-400s due to a dwindling presence of NATO air systems on its volatile borders, including the one with Syria.

“We believe they are not incompatible [with NATO systems]. This is a defense system, and it will not pose any threat to NATO allies,” he said.

He added that Turkey was proposing a “working group” chaired by NATO to resolve the issue.

Stoltenberg, who also emphasized that “we must understand the importance of Turkey as a NATO ally,” confirmed that Turkey had made such a proposal.