Turkish prosecutors in Ankara, İstanbul and Balıkesir ordered the detention of 218 suspects, including current and former public servants at the Justice Ministry and police officers, as part of a large-scale crackdown targeting followers of the faith-based Gülen movement.

The police raided residences in 16 provinces and detained at least 50 suspects, the report indicated.

Meanwhile, the İstanbul police on Friday detained 44 current or former employees of the Justice Ministry in a separate investigation into Gülen movement followers.

In another investigation the Ankara Chief Public Prosecutor’s Office issued detention warrants for 64 suspects on accusations of Gülen ties.

The suspects are accused of rigging a 2009 exam to enter the police academy.

The report said at least 26 people, three of them currently serving as police officers, were detained.

Turkey has investigated 559,064 people for alleged links to the Gülen movement, as well as detaining 261,700 suspects over Gülen ties and arresting 91,287 since the abortive putsch, Interior Minister Süleyman Soylu said on Nov. 21. 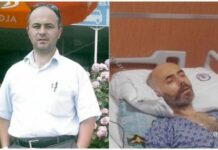 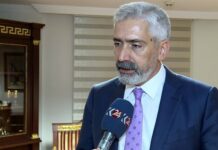