US Defense Secretary Mark Esper urged Turkey on Monday to stop holding up support for a NATO defense plan for the Baltics and Poland as Ankara presses the alliance to support its fight against the US-backed Kurdish People’s Protection Units (YPG) militia in Syria.

In an interview with Reuters ahead of the NATO summit, Esper warned Ankara that “not everybody sees the threats that they see” and added he would not support labeling the YPG as terrorists to break the impasse.

He called on Ankara to focus on the larger challenges facing the North Atlantic Treaty Organization.

“The message to Turkey … is we need to move forward on these response plans and it can’t be held up by their own particular concerns,” Esper said as he flew to London.

NATO envoys need formal approval by all 29 members for the plan to improve the defense of Poland, Lithuania, Latvia and Estonia against any threat from neighboring Russia.

The dispute, as NATO prepares to hold its 70th anniversary summit, is a sign of deep divisions between Ankara and Washington over everything from the war in Syria to Turkey’s growing defense relationship with Russia.

Turkey wants NATO to formally recognize the YPG militia, the main component of the US-backed Syrian Democratic Forces (SDF), as terrorists and is infuriated that its allies have given the militia support.

Ankara has blamed Washington for the current impasse, saying it was caused by the US withdrawal of support from a separate defense plan for Turkey, covering any possible attack from the south where it borders Syria.

Asked whether Washington might agree to branding the YPG as terrorists in order to break the deadlock, Esper said, “I wouldn’t support that.”

“We’re going to stick to our positions, and I think NATO will as well,” Esper said.

The issue is the latest source of friction between the NATO allies, which have also been at loggerheads over Turkey’s purchase of advanced Russian air defenses, which Washington says are incompatible with NATO defenses and pose a threat to Lockheed Martin Corp’s F-35 stealth fighter jets.

Washington said in July it was removing Turkey from the F-35 program and has warned of possible US sanctions.

Two US senators pressed the Trump administration on Monday to impose sanctions on Turkey over its purchase of the Russian missile defense system and said the failure to do so sends a “terrible signal.” 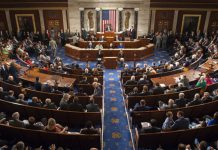