The Islamic State in Iraq and the Levant (ISIL) group took advantage of both the US withdrawal from northeastern Syria and the Turkish incursion to regroup and could prepare new attacks on the West, a report from the Pentagon said on Tuesday, according to Agence France-Presse.

President Donald Trump said on Oct. 6 that some 1,000 US troops were leaving northeast Syria, where they had kept an uneasy peace between neighboring Turkey and Syrian Kurdish fighters.

Trump’s move allowed an incursion by Turkey aimed at destroying Kurdish guerrillas who had led the fight against ISIL and run jails for captured extremists in their effectively autonomous area in northern Syria.

Trump, who was strongly criticized even by allies in his own camp, has changed course several times, eventually announcing that a residual force would remain in Syria to protect oil fields.

“ISIS exploited the Turkish incursion and subsequent drawdown of US troops to reconstitute capabilities and resources within Syria and strengthen its ability to plan attacks abroad,” the Department of Defense Office of Inspector General said in a report, using another acronym for the ISIL group.

The office, which is an independent investigative arm, added that ISIL “will likely have the ‘time and space’ to target the West and provide support to its 19 global branches and networks,” the report said, citing information provided by the Defense Intelligence Agency (DIA).

In the long run, it “will probably seek to regain control of some Syrian population centers and expand its global footprint,” the inspector general added, citing the DIA.

Meanwhile, the death of ISIL leader Abu Bakr al-Baghdadi, who was killed during a raid conducted by US special operations forces in Syria on Oct. 26, “would likely have little effect on ISIS’s ability to reconstitute,” the DIA said, according to the report.

ISIL has already “activated sleeper cells to increase attacks” against the Kurdish-led fighters of the Syrian Democratic Forces (SDF), whom the United States relied on in the fight against ISIL.

In 2014 fighters from the newly formed ISIL group swept through much of the Sunni heartland in Iraq and Syria to declare a “caliphate.”

The report states that US forces in Syria continue to arm SDF fighters but have stopped training them. By the end of the third quarter, the SDF had 100,000 fighters, according to the document. 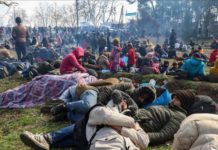 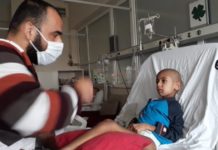