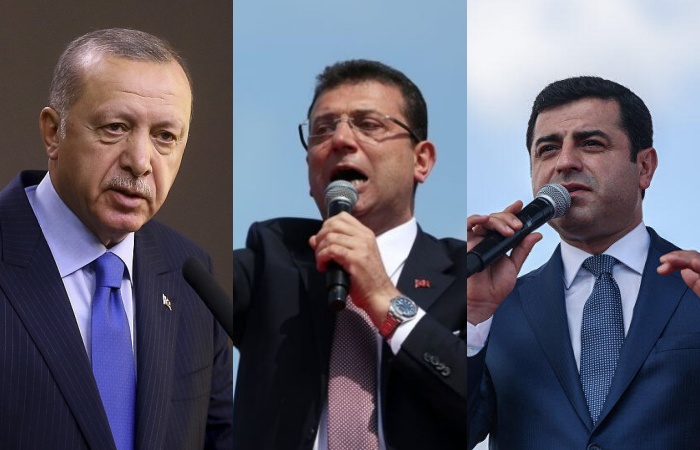 The politicians receiving the highest approval ratings from the Turkish public are President Recep Tayyip Erdoğan, İstanbul Mayor Ekrem İmamoğlu and Selahattin Demirtaş, a jailed Kurdish politician, respectively, according to a poll conducted by a private survey company upon a request by Erdoğan’s ruling party, the Tarafsız news agency reported.

A source from the ruling Justice and Development Party (AKP) told the agency that Erdoğan is leading with a growing majority in the latest surveys.

The CHP’s İmamoğlu, who ended 25 years of right-wing and conservative rule in İstanbul, has attracted attention both in Turkey and abroad.

Demirtaş, a former co-chair of the Kurdish Peoples’ Democratic Party (HDP), has been jailed since November 2016 on terrorism charges.