The journalists and the father were detained on Wednesday due to a complaint from a witness in the investigation into Rabia’s death, the Giresun Governor’s Office said on Thursday.

The journalists and the father were released from detention on judicial probation on Thursday evening. A travel ban was imposed on the journalists, while the father was ordered not to approach the residence of Mürsel Küçükal, the witness who claimed that Şaban Vatan and three journalists threatened and intimidated him, according to a statement issued by the governor’s office.

The statement did not disclose the reason behind the alleged threats.

Rabia Naz was found injured in front of her apartment in Giresun province in April 2018 and died immediately after she was taken to a hospital.

Şaban Vatan claimed that his daughter was hit and fatally injured by a car and that the accident was covered up by local politicians and former Deputy Justice and Development Party (AKP) Chairman Nurettin Canikli, who responded by filing a lawsuit for slander.

It was reported by several websites that there were no blood stains around the front door of the house despite the fact that she had deep cuts, especially on one leg. Eyewitnesses claimed she looked as though she had been carried there by someone.

In addition, on the same day the police in the town were notified about a girl being hit by a black vehicle.

Although the preliminary autopsy report did not rule out the possibility that she was hit by a car, the doctor told her father she must have fallen from a higher elevation or committed suicide.

Metin Cihan, a freelance journalist who first exposed the details countering the official narrative in the death of Rabia Naz, had to leave the country in September due to an investigation launched into him. 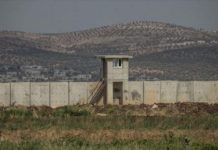 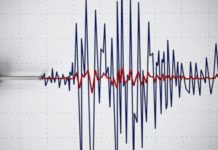