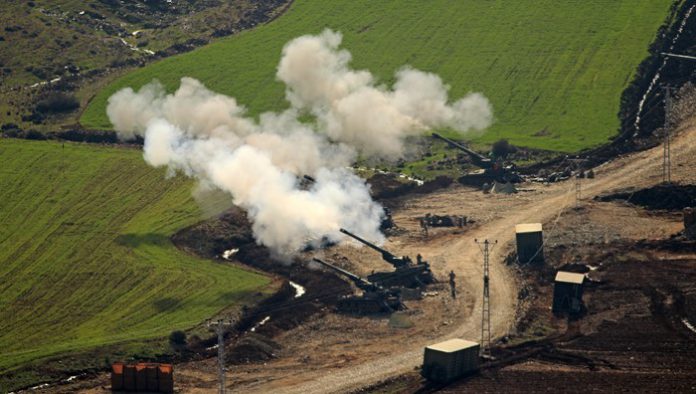 Six people, including a child, were injured on Monday when one of two rockets fired from Syria hit a family estate in southeastern Turkey’s Şanlıurfa province, the Hürriyet Daily News reported.

The two rockets targeted the Ceylanpınar district bordering Syria, according to a statement from the Şanlıurfa Governor’s Office.

The injured were being treated at a Ceylanpınar hospital, the statement said.

Turkey’s Ministry of Defense tweeted that seven targets inside Syria were destroyed in response to the attack.

While the precise origin of the rockets or who fired them was not immediately clear, the pro-government Daily Sabah highlighted that Ceylanpınar sits directly across the border from the city of Ras al-Ain in the al-Hasakah Governorate in northeastern Syria, which is controlled by the militia from the People’s Protection Units (YPG).

Turkey considers the YPG a terrorist group and an extension of the outlawed Kurdistan Workers’ Party (PKK), which has been leading an insurgency against Turkey since the 1980s.

So far, Ankara has carried out two offensives inside Syria. It is also working with Washington to establish a safe zone in northern Syria, which it wants to be cleared of the YPG.

Turkey repeatedly signaled a possible offensive in areas held by the YPG east of the Euphrates, and Foreign Minister Mevlüt Çavuşoğlu on Monday said if a planned safe zone is not established and if threats continue against Turkey, Ankara would launch a military operation east of the Euphrates River, Reuters reported.

Separately, three explosions hit areas controlled by Turkish forces and their rebel allies within Syria throughout the day on Monday, and two others hit after the rocket, according to a Reuters witness.