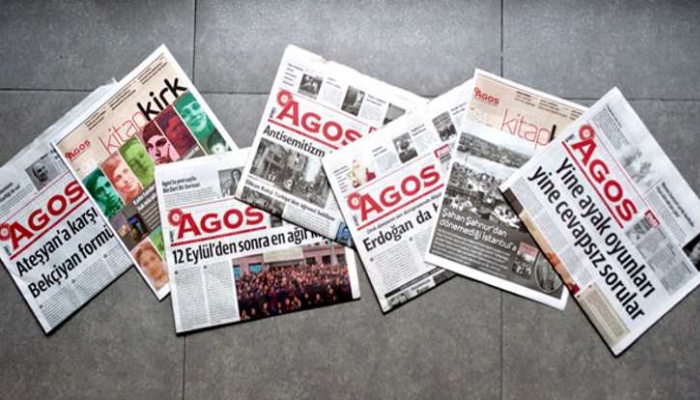 Turkey’s national carrier Turkish Airlines (THY) will no longer offer Armenian weekly newspaper Agos to its customers at the international terminal in İstanbul, the Artı Gerçek news website reported on Friday.

Agos has been among the print media available free of charge for THY customers since 2013.

THY unilaterally canceled its contract with Agos last week. The development was announced by the Armenian newspaper.

The carrier was criticized in the past for excluding the government-critical press from its airport and flight distribution.