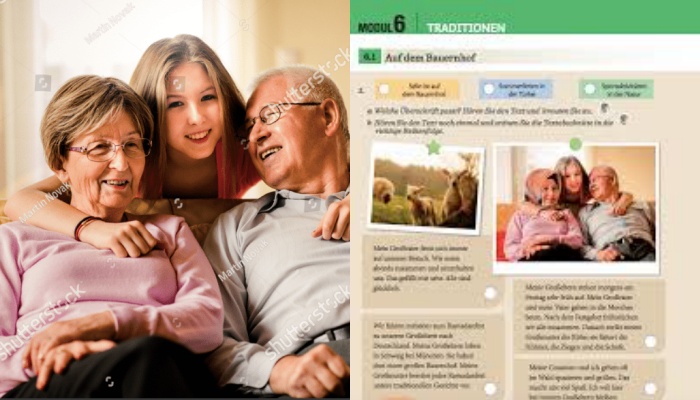 The photo of an elderly woman in a German language textbook provided to students by the Turkish Education Ministry turns out to have been photoshopped to make it appear that the woman is wearing a headscarf, the t24 news website reported on Wednesday.

In the original picture, a family photo, the woman is not wearing a headscarf.

The original photo appears in the galleries of shutterstock.com and dreamstime.com.

The textbook is used by students at high schools that offer German as a second foreign language after English.

Since 2002 Turkey has been ruled by the Islamist Justice and Development Party (AKP), which is criticized by many for abusing the values and symbols of Islam for political gain.