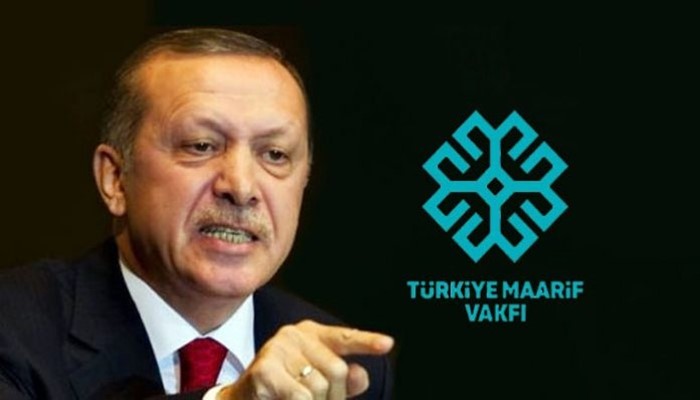 A report released in January by nongovernmental organization the Advocates of Silenced Turkey (AST) claims that schools in Afghanistan taken over from the Gülen movement and handed over to Turkey’s state-run Maarif Foundation have now become the subject of complaints from students and parents.

The 16-page report, titled “Turkey’s Maarif Foundation Poorly Performs in Afghanistan Mired in Scandals” and published on the organization’s website in a downloadable format, focuses on the current performance of the Maarif schools in this country, which were originally established and operated by sympathizers of the faith-based Gülen movement and which were, according to a May 2017 report by British daily The Guardian, considered some of the best in Afghanistan until they were recently taken over by Afghan security forces and handed over to Maarif after Kabul ceded ground in early 2018 in the face of pressure put on it by the Turkish government, which aims to shut down or take over Gülen-linked schools abroad as part of its foreign policy.

After a rough handover period, prolonged due to resistance from parents’ committees, Maarif has achieved the goal of school seizures, although that did not mean the end of Maarif’s troubles, according to the report.

“Maarif officials have been involved in a number of scandals, ranging from forgery of documents to orchestrating defamation campaigns on social media to target and discredit opponents of the Turkish President Recep Tayyip Erdoğan,” the report said.

The report went on to cite several complaints expressed by anonymous students and parents that point to a dramatic setback in quality of education, a sharp decline in professional management and a steady deterioration in services provided to students, claiming that they reveal an underlying problem that Maarif has no central objective, no roadmap or plan for how to run and effectively manage newly taken over schools.

“The new breed of teachers only fuel disillusion among students; they do not instill confidence in families and they do not exhibit the needed qualities or flexibility to adapt to a new set of realities and environment. They display symptoms of political affiliation (with the government of Turkey) and espouse a similar political ideology and ideas sometimes bordered on mere propaganda. This point is particularly disturbing for Afghan people who had already grown disgruntled and disillusioned with ideological indoctrination or politicized education either under Taliban rule or the subsequent dysfunctional governments,” the report argued.

Based on the account of parents, the report stressed that the first noticeable setback witnessed in a confiscated school is the lack of classes and the disappearance of discipline stemming from ineffectiveness on the part of the new teachers. Citing an example, the report reveals that a female teacher working in one of these schools used to work at a pizza store back in Turkey and applied for the position at the school through Maarif due to a higher salary designed to lure people to work in Afghanistan, and somehow got the job.

“‘My English is not good, I’ll tell the course in Turkish,’ the teacher reportedly told the class. When she faced resistance from students, she acknowledged that she had previously worked at a pizza store back in Turkey,” the report said.

“Courses of Turkish teachers pass in mere idleness. Teachers are unable to perform properly, and to deliver lectures. Instead, they talk about how Erdoğan is a patriot and how he acts as the leader of Muslims around the world. In comparison, they present and portray Fethullah Gülen as a terrorist and traitor to his country,” said a student who spoke on condition of anonymity for reasons of safety.

After police intervention and seizure of a school in Shibirghan, valuable material and equipment such as a CineVision player, security cameras, furniture, a refrigerator, computers and the personal belongings of former teachers were reported to be stolen or missing.

The report also included accounts of physical violence perpetrated on children at a school in Herat.

“An official called İsmail Turk take students who lodge complaints with the office of principal, to a locker room for physically beating them. To deter them from reporting this violence to their families, the official threatened to cut scholarship, to lower their grades, terminate their registry and relationship with the school and with other things,” said a student who spoke to AST about the incident.

Following a 2016 failed coup attempt that claimed the lives of 249 people, Erdoğan launched an all-out war on the Gülen movement, which he accused of masterminding the abortive putsch.

Even though the movement’s US-based leader Fethullah Gülen denied having any role in the coup attempt and called for an international investigation, it didn’t stop Erdoğan, who once qualified the coup as a “gift from God,” and his governing party from leading a massive crackdown on the movement inside and outside of Turkey.