An al-Qaeda-linked bookstore owner in Istanbul who has been selling jihadist books to Turks continues to operate without many obstacles despite a clear pattern of radicalization among Turks who derive guidance from the poisonous literature, including a police officer who assassinated Russian Ambassador Andrei Karlov in Ankara in December 2016.

The bookstore proprietor is not the only one who promotes radical and violent views through literature in Turkey, however. 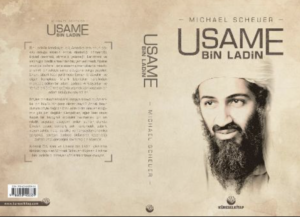 Osman Akyıldız, a known figure among radical groups, was in fact investigated on charges of terrorism with respect to al-Qaeda and the Islamic State in Iraq and the Levant (ISIL). But just like many jihadist cases in Turkey, he was quickly released thanks to the political cover provided by the Islamist government of President Recep Tayyip Erdoğan.

Akyıldız was detained on Feb. 26, 2013 and formally arrested two days later by the court as part of a criminal investigation into a network that smuggled jihadist fighters into Syria. He was again detained on July 24, 2015 but was let go despite the fact that he had been openly supporting armed jihad and promoting al-Qaeda in his writings.

Akyıldız, who knows Arabic and translated many jihadist books from Arabic to Turkish, runs a publishing house called Küresel Kitap and owns religious magazine İslâm Dünyası Dergisi. Akyıldız’s name came up during an investigation into the connections of Mevlüt Mert Altıntaş, the 22-year-old police officer who gunned down Russian Ambassador Karlov on Dec. 19, 2016. It turned out the reclusive police officer was radicalized after he started attending lectures of jihadist clerics close to the Erdoğan government and taught himself al-Qaeda ideology by purchasing books from Akyıldız and others. The details of financial transactions and wire transfers that were examined by the Financial Crimes Investigation Board (MASAK) show the assassin sent money to Akyıldız’s account on Oct. 14, 2015 in the amount of TL 59.75.

Akyıldız was questioned as a witness about this transaction and told the prosecutor that the police officer ordered four books, including “Hattabın Anıları” (Memories of al-Khattab), a book written by Jordanian jihadist Amir ibn al-Khattab (whose real name is Samir bin Salih bin Abdullah al-Suwaylim). Al-Khattab was born in Saudi Arabia and promoted jihad in Afghanistan, Tajikistan, Dagestan and finally in Chechnya, where he fought against the Russians and was killed. Khattab’s role in and influence on global jihad is huge, and his memory served to radicalize many after his death including the Turkish police officer who gunned down the Russian diplomat in Ankara.

Another book sold to the killer by Akyıldız was titled “Allah İslama Zafer Hazırlıyor” (Allah Is Preparing Us for Victory), written by Anwar al-Awlaki, the Al-Qaeda in the Arabian Peninsula (AQAP) cleric who espoused individual jihad. It is no coincidence that al-Awlaki was among jihadist clerics who influenced Damon M. Joseph, an American citizen who was arrested in Ohio in December 2018 for allegedly planning to open fire on a synagogue in Toledo. Moreover, Syed Rizwan Farook and his wife, Tashfeen Malik, who killed 14 people in a mass shooting in San Bernardino, California, in December 2015 had studied Awlaki’s teachings just like Omar Mateen, who massacred 49 people at a nightclub in Orlando, Florida, in June 2015. Ahmad Khan Rahami, who placed improvised explosive devices (IEDs) at locations in New York and New Jersey in September 2016, also referenced Awlaki, among others, as an ideological guide in his notebook. 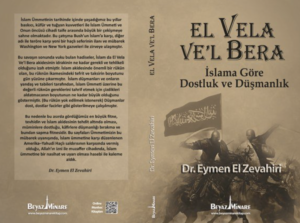 The Turkish al-Qaeda hitman also ordered a book titled “Siyonizm İdeali Peşinde Koşan Bir Hahambaşı: Haim Nahum” (A Chief Rabbi who chased Zionist Idealism: Haim [Chaim] Nahum) by Hüseyin Serkan Elönü, an anti-Semitic Turkish Islamist writer. The book talks about the last chief rabbi of the Ottoman Empire and blames the rabbi for sowing hostile sentiments between Turks and Arabs. Other books provided by the bookseller were the translated works of Egyptian Sayyid Qutb, who was the lead theologian of the Muslim Brotherhood and whose teaching inspired radical views among Muslims.

A day before he set out to kill the Russian envoy, Altıntaş visited jihadist cleric İbrahim Bilal Oduncu, who played a key role in radicalizing the killer, and dropped off a suitcase full of jihadist books. He said the donation might benefit others when they read the books. The list of books was included in the indictment, and it shows that Altıntaş obtained jihadist books from other suppliers as well. For example, a series of books written by Bülent Tokgöz, who used the pseudonym Yahya Konuk in his writings, was among them. Tokgöz is a long-time, battle-hardened Turkish jihadist who travelled to Chechnya, Bosnia and Kashmir in the 1990s. He was arrested on Jan. 31, 2001 for planting bombs in front of the Russian Consulate General in Istanbul on Nov. 15, 1999 and Russia’s Aeroflot’s ticket office in the Beyoğlu district of the same city on Dec. 8, 1999.

Another book the assassin included in the suitcase for his mentor was popular jihadist reading material about Syria and resistance groups there written by Abdülkadir Şen, a suspect in a 2014 al-Qaeda probe in Turkey. Şen was exposed while moving supplies to jihadist groups in Syria, but the investigation, which also uncovered Turkey’s National Intelligence Organization’s (MIT) close cooperation with al-Qaeda groups in Syria, was quickly hushed up by the Erdoğan government. In the same case file Abdülkadir’s brother, İbrahim Şen, a convicted al-Qaeda terrorist who was running a recruitment and trafficking scheme between Turkey and Syria, was also a suspect. İbrahim Şen was detained in Pakistan on alleged al-Qaeda links and transferred to Guantanamo, where he was kept until 2005, when US officials decided to turn him over to Turkey. He was arrested in January 2014 and indicted in October 2014 but released at the first hearing of the trial in October 2014. His brother Abdülkadir also escaped criminal charges thanks to Erdoğan’s political cover.

Other books the Russian ambassador’s killer handed over to his contact in Ankara included translated volumes written by Abu Yahya al-Libi, one of the most senior figures in al-Qaeda who was killed in June 2012 in a drone attack in Pakistan. Altıntaş also possessed several books written by jihadist cleric Nurettin (Nureddin) Yıldız. This extremist preacher is often described as the family cleric of Erdoğan who paraded as the keynote speaker at both youth events organized by the ruling Justice and Development Party (AKP) and conferences and lectures organized by the Turkey Youth Foundation (TUGVA), which is run by Erdoğan’s family. He even travelled to Syria to meet militant groups and often preached in support of violent jihadist campaigns around the world. 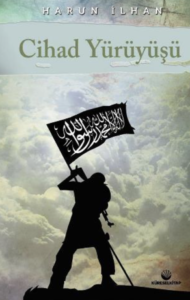 It is quite telling that publishers have been freely disseminating violent jihadist literature in Turkey, while dozens of publishing houses including the nation’s largest, Irmak, which published and distributed books that were authored by critics of the Erdoğan government, were seized and shut down arbitrarily and summarily. For example, books written by Muslim scholar Fethullah Gülen, who has been a staunch opponent of violent ideologies throughout his life and an advocate of interfaith dialogue, were banned by the Erdoğan government, and all existing copies located in over a thousand public libraries were collected and destroyed. It is clear that Erdoğan does not want a counter-narrative that may very well neutralize the violent jihadist views in Turkey, and he is bent on silencing those critical voices through the abuse of government authority. The same can also be said for websites that freely preach and promote violent and radical views in Turkey, while thousands of websites were shut down by the Turkish government for their critical editorial stance.

It is also worth noting that a Turkish prosecutor investigated whether any administrative or judicial decision was issued restricting or banning any of the jihadist books ordered by Altıntaş from Akyıldız’s Küresel Kitap publishing house and found none. In other words, the Erdoğan government did not initiate any attempt to control the publication and distribution of books that radicalized many young people in Turkey, including the 22-year-old police officer who gunned down the Russian envoy in the aftermath of an intensified aerial campaign against jihadist groups in Syria.

Altıntaş also placed two orders to purchase jihadist books from a bookstore called Benli Kitapevi on Dec. 7, 2015 and May 20, 2016. In his first order he bought several books of Qutb and one written by Abdullah Azzam, a Palestinian preacher who helped found al-Qaeda, Hamas and Lashkar-e-Taiba and served as Osama bin Laden’s mentor. Azzam’s translated book “Kayıp Minare” was also published and distributed by Küresel Yayınları. This is the only jihadist book that the Turkish judiciary took action against. On March 12, 2013 the Istanbul 19th Criminal Court issued a judgement ordering the collection of all copies of Azzam’s book. However, this decision remained only on paper as the government did not enforce it. The book is still being sold and distributed as of the present day. 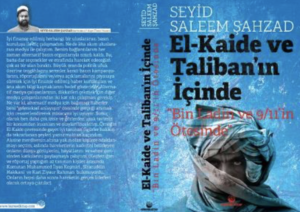 In his second order from the Benli bookstore, Altıntaş bought 17 books, most of them related to jihadist literature, including a book written by al-Qaeda leader Ayman al-Zawahiri under the title “Al-Wala’ wal-Bara” and published by the Beyaz Minare publishing house, and a book written by Abu Yahya al-Libi (Mohamed Hassan Qaid), a high-ranking Libyan terrorist within al-Qaeda, under the Turkish title “Cihad ve Şüphelerle Savaş” (Jihad and the Battle Against Doubts), which was published by Küresel Yayınları. Books by al-Awlaki were also in the order. The assassin paid for these orders with a wire through Islamic lender Kuveyt Türk and a credit card payment through Yapı Kredi. The owner of the Benli bookstore is a Turk named Fatih Köçer, who started a stationery store in 2009 with his brother Ferdi Köçer. They have been selling only religious books since 2003 and mainly through the Internet. His registry records confirm the orders and UPS deliveries to the killer.

Violent jihadist literature cannot be considered to be part of freedom of expression or freedom of the press. If these publications advocate violence and terrorism and lead to serious consequences as in the case of the Russian ambassador, Turkey needs to take action. Yet expecting the Erdoğan government to crack down on his jihadist friends is nothing but a pipe dream.