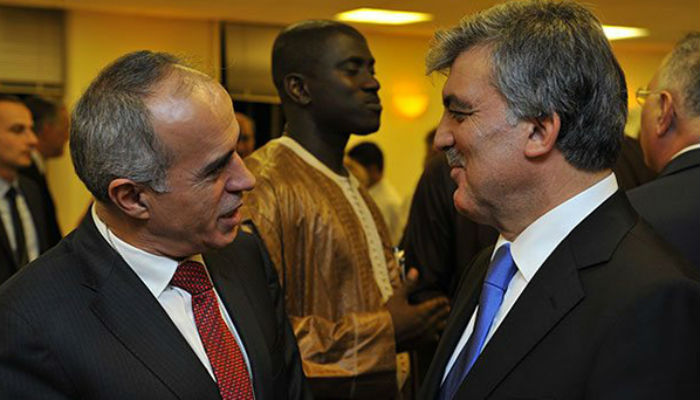 Ahmet Sever, the chief press advisor of former President Abdullah Gül, is facing four legal cases from President Recep Tayyip Erdoğan and two other government officials due to what they claim are insults in a book he published in May, the T24 news website reported on Tuesday.

In addition to Erdoğan, Technology and Science Minister Mustafa Varank and Justice and Development Party (AKP) deputy Mustafa Şentop also filed criminal complaints against Sever due to some “insulting” expressions in his book.

The book, titled “İçimde Kalmasın, Tanıklığımdır” (Don’t want to keep it in me, my testimony), has attracted criticism from government circles due to its content that favors Gül and justifies his actions while portraying Erdoğan and some AKP officials as disliking the former president and seeing him as a political rival.

Şentop also filed a lawsuit in civil court for TL 50,000 in damages from Sever, who currently writes for T24.

Sever also sparked controversy in the summer of 2015 when he published another book titled “Abdullah Gül ile 12 Yıl” (12 Years with Abdullah Gül) about his years as Gül’s advisor in which he talked about conflicts between Erdoğan and Gül and how Gül was prevented from running for the presidency again by Erdoğan.