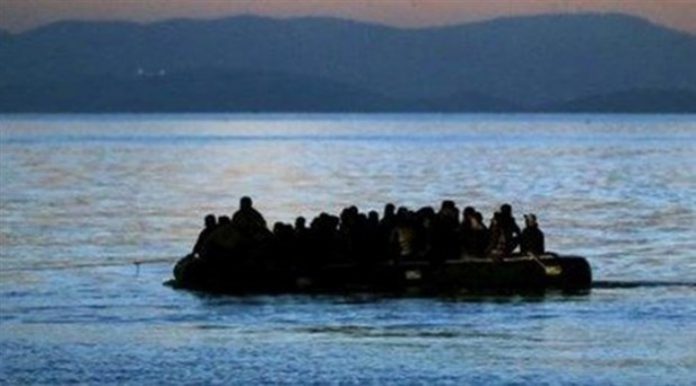 Authorities in northern Greece have reported a sharp increase in migrant crossings at the country’s land border with Turkey along with a rise in arrests of human smuggling suspects, the Hürriyet Daily News reported.

The number of migrants registered and arrested after crossing the border was 3,543 in October, an 82 percent rise over the same month last year, according to police data from the border region of Thrace and the northern city of Thessaloniki obtained by The Associated Press.

The number of smuggling suspects arrested also nearly doubled, from 66 in October 2017 to 110 last month.

The surge in numbers has complicated an ongoing government effort to reduce overcrowding at migrant camps on Lesbos and other Greek islands by moving more asylum seekers to the mainland.

On a related note, at least 868 irregular migrants have been apprehended in the western Turkish province of Edirne, security sources said on Nov. 8, state-run Anadolu new agency reported.

Gendarmes caught the migrants during security patrols in various districts including Meriç, İpsala and Lalapaşa, according to sources who asked not to be named due to restrictions on speaking to the media.

The sources said the migrants, who attempted to illegally cross into neighboring countries, were Pakistani, Somali, Bangladeshi, Iranian, Iraqi, Libyan and Palestinian nationals.

All of the migrants were referred to the provincial migration directorate.

Turkey has been the main route for refugees trying to cross into Europe, especially since 2011, when the Syrian civil war began.

Turkey asks US to deploy Patriots on border to counter Syrian...