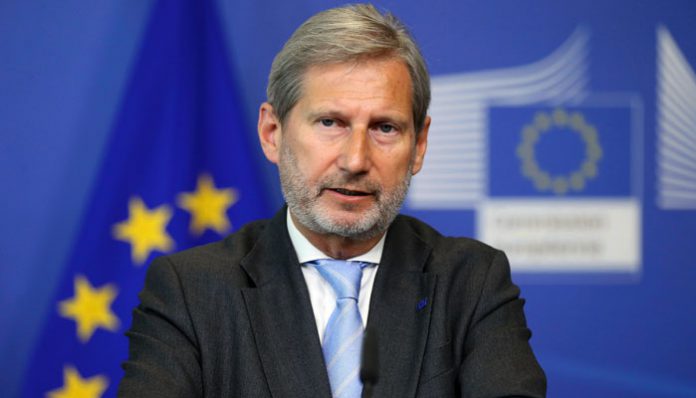 European Commissioner for Enlargement Negotiations Johannes Hahn on Tuesday said negotiations for Turkey’s membership in the European Union should be officially terminated.

“In the long term, I think it would be more honest for Turkey and the EU to take a new path and end the accession talks,” Hahn told German daily Die Welt. Continuing with the accession negotiations that have been ongoing since 2005 has hitherto blocked the way to a “realistic, strategic partnership.”

At the same time, Hahn made clear that the decision on the issue rests with the governments of the EU member states. Among them, no majority for an official termination of the talks was foreseeable until recently. During talks in June, it was only stated that negotiations had come to a virtual standstill and that only fundamental changes in Turkey could facilitate progress.

In this context, the EU states noted deeply worrying regression in the rule of law, fundamental rights and freedom of expression. The pressure on journalists, academics, human rights activists, opposition politicians and users of social media cannot be tolerated, it was also said in a statement adopted in June.

One reason for prolonging Turkey’s EU candidate status is the migration crisis. The withdrawal of that status could endanger the refugee pact with the country according to many states. The deal is one of the reasons significantly fewer migrants are coming to Europe than in 2015.

As a possible alternative to the EU accession talks, Hahn called for an extension of the customs union agreement with Turkey. However, this had been ruled out by EU countries in June.

Hahn supports Austrian Chancellor Sebastian Kurz, considered the most prominent advocate of official termination of accession negotiations with Turkey. So far, however, he has hardly any supporters among European leaders. A consensual abrogation of the accession talks is rejected by Turkey. The country is demanding not only continuing the negotiations but even expanding them.