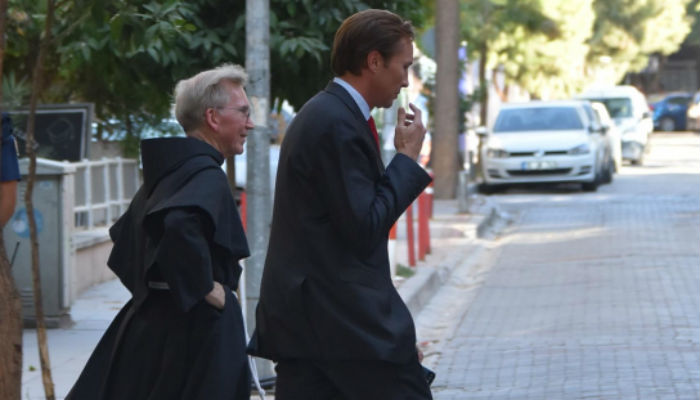 A lawyer and a theologian have visited  American pastor Andrew Brunson, whose detention has strained relations between Turkey and the United States, at his İzmir home, according to Turkish media reports on Tuesday.

After he was kept in pre-trial detention in an İzmir prison for almost two years on terrorism and espionage charges, Brunson was moved to house arrest in July despite expectations of the US administration for his release.

The meeting lasted for about an hour, and the visitors left without making any statement to the reporters in the venue.

In retaliation for Turkey’s failure to free the cleric, the US administration sanctioned two Turkish ministers and doubled tariffs on aluminum and steel imports from Turkey. US President Donald Trump had threatened Turkey with further “large sanctions” if the Turkish government failed to release Brunson and send him home.