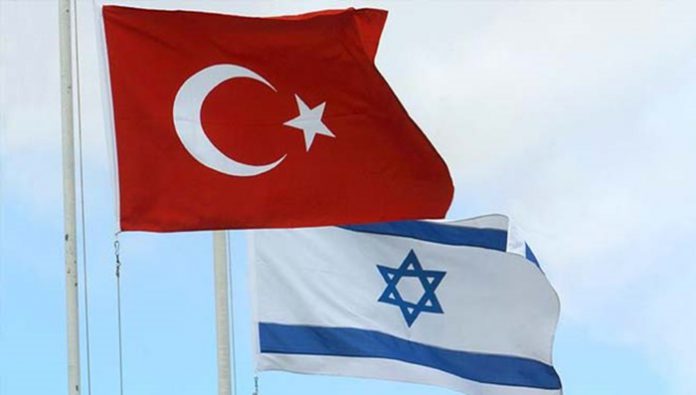 Israel and Turkey are conducting secret talks to improve relations and plan toreturn their ambassadors to their respective posts next month, according to Israel’s highest circulating newspaper, Yediot Ahronot, on Monday.

Ties between the two countries were strained in May when Turkey recalled its ambassador and expelled Israel’s envoy following violence along the Gaza border where 61 Palestinians were killed.

Netanyahu said Israel would not be lectured to by Erdoğan, “a man who sends thousands of Turkish soldiers to sustain the occupation of northern Cyprus, who invades Syria … [and] whose hands are dripping with the blood of countless Kurds in Turkey and Syria.”

According to the Yediot report, the Israeli Foreign Ministry recently issued an internal notice about filling the post of ambassador to Turkey in the summer of 2019. The paper also reported in July that Turkey had returned its commercial attaché to its embassy in Tel Aviv after an absence of a number of years.

Israel and Turkey exchanged ambassadors in 2016, after a five-year period following the Mavi Marmara flotilla incident during which the countries did not have full diplomatic ties.

The Mavi Marmara incident concerns the killing of nine Turkish and one Turkish-American pro-Palestinian activists who were part of the Gaza Freedom Flotilla heading to Gaza to deliver aid by Israeli commandoes in international waters.

Turkish cities running out of hospital beds, ventilators due to surge...